You can blame the slip up to Kelly Clarkson's hormones. The amazing singer announced during her concert at the Los Angeles Staple Center that she was pregnant! This is so exciting! Clarkson started to cry and act goofy when she blurted out that she was pregnant. She blamed it on her hormones and felt bad that she hadn't even told the entire family yet. However, her reveal was absolutely adorable and the crowd went wild.

"This is not how I wanted to announce [that I'm pregnant]. My makeup artist is backstage hating me. I didn't want you to think I'm on pills or something."

Kelly continued, "I would like to apologize to my husband. This was not planned. I'm just so hormonal. Everything is great, I haven't vomited yet. That's a win y'all."

Hopefully this pregnancy goes without complications after having many obstacles with having her first child, River Rose Blackstock. Clarkson revealed to BBC's Radio 1 Breakfast Show her pregnancy was overall a , "bad pregnancy, so I had to take off way more time than normal." She also told ET Canada about losing her voice shortly after giving birth leading to the fear that her career was over.

"Afterwards was the part where I literally had a moment where I cried and drank wine all day. I was like, ‘Oh God, I'm not going to be a singer anymore.' I was bawling to my husband and completely hammered, just going, ‘Oh my God, it's over. I don't know what I'm going to do I guess I could do more charity work.' I didn't know what I was going to do."

Things will be just fine, Kelly! Congratulations to you!

GIF
Tune your way to a melodious journey.
jameskennedy1
1
0
0 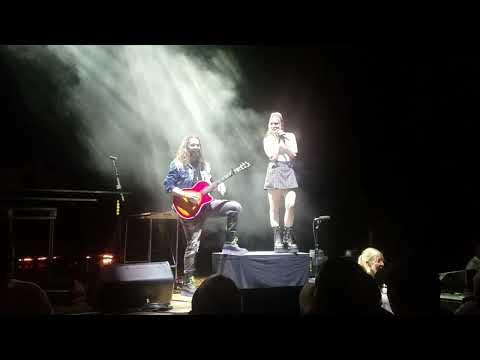