As an artist, you are often asked to explain why you do what you do. Then, in typical artist’s fashion, you stumble on your thoughts and feelings and passions, the euphoric highs and the dejected lows, tiptoeing past shuddersome moments in your psyche that you cannot comprehend, with the intent of cramming a universe of love and hurt, heaven and hell, into one sentence. It is an art within an art which many artists never master.

Now, I am not an artist myself—am I? I breakdance, and I also experience the general distress of explaining me to the world before I explain me to myself, so at least I can relate to artists. The great thing about dance is the more you try to figure yourself out, the more you realize how little you know of yourself, and the better your art becomes because of it. There is a momentary trade of clarity for productivity that tends to balance out.

That’s not what I tell people, of course.

“Why do you breakdance?”

I chuckle and pitch a surface response. “The ladies love it, it keeps me healthy, and it’s fun.”

I tell people what they want to hear. I’m not sure that’s the right thing to do, but it keeps the exchange cordial. After many selfish attempts at bringing them into to my world—one that probably belongs buried in the mind’s catacomb—I learned that they don’t really want to be there. The dancer’s art is not his high leaps, magnificent spins, or his musicality. His art is his ability to guide you on an intimate tour of the darkest alleys of his soul while you applaud his veneer. Still, people who don’t know any better ask me. So, I take them into the cipher.

The use of the term “cipher” comes from the Universal Language of the Nation of Gods and Earths, an esoteric branch of Islam founded in Harlem, New York. The Language includes Supreme Mathematics, which assigns conceptual meaning to numbers. Cipher is assigned to the number zero, symbolizing 360 degrees of knowledge, wisdom, and understanding. It is a circle, a cycle.

In breakdancing, the cipher has no order and there are only a few rules:

It gets chaotic, but music has a way of working things out. Shoulder-to-shoulder, dancers form a circle and take turns claiming the center in a game of show and prove. You take your place on the perimeter, clap to the music and watch your compatriots pay homage to rhythm. What follows is an unspoken process of invocation aptly called “breaking.” Consciousness abandons you in a disembodying ritual that places you on the cipher alongside your mates, watching, interpreting, and understanding yourself in third-person. First, his shoulders rock forward and back in cadence with the snare. The bass kicks in and his head bobs. Then his knees bounce. His feet shuffle left-to-right; hips sway side-to-side. He can’t wait any longer; the fuse is lit and he’s ready to erupt in explosive magnificence.

Henrae once asked me if I knew what separates the real b-boys from the wack ones.

He nodded. “You know how dope b-boys just look different?”

“They struggled man. They fought. They got heart.” The cipher claps with Henrae. Intrigued and inspired, they too dance with themselves, wondering how his body might move next. In a swift dismount, he dives. Rotating gracefully, his back glances off the ground, lifting again to spin 360 degrees on-axis. He stops, frozen. Two elbows are the fulcrum holding him perpendicular to the floor. He nods at his peers with assertion, boasting a smile once again.

Levy is a leaf gliding in the wind;

Veritas is a stone skipping on water;

Nautica is a firecracker.

When he goes, he explodes with energy, commanding attention from the cipher before smoothly spiraling through a nebulous detonation.

He finishes his blow up. The soul clap fades into the music; he sweeps his left foot under his right, propelling himself upward. His arm anchors to earth as he plummets through firmament and skips off his back one last time, singeing the floor and radiating torrid embers of affirmation. He steps with various twists, and spins, and slides, orbiting around himself masterfully. He is a planet; his chest is a sun. Smoke billows, dissipating in celestial reverence from his ashes beneath. Sticking his move, he is like a writer proudly stamping a final period on his essay.

Consciousness returns, clarity revisits, and I finally feel it—closure. The cosmic ritual brought our spheres together. I was not in college and grandma was not dead. We were together again, listening to gramps tell stories with his charming stutter.

She had wanted to see me dance, so I promised to make a video for her. I just wasn’t good enough yet.

I had to show her that breaking is art, too, and prove to my grandfather that I wasn’t wasting my time. The video had to be perfect.

But, she passed. After her burial I drove back to school alone with my ego, through sodden snow and numbing ice, wondering if I’d really get to speak with her again.

I wonder what other breakers feel when they enter the cipher. Sure, it looks like a game of one-upsmanship, friends instigating one another to enter the circle. But like any good performance, it is steeped in coded movement. The cipher is a breeding ground for growing, and storytelling, and healing. Each dancer does it differently; the cipher is composed of as many perspectives as there are bodies. It is not complete until each dancer shares his tale. How to Access Netgear nighthawk admin login
timmkvinn
1
0
0
BTS Memes: Just a lil BTS to brighten up your day✨
YoloyololoYo
171
70
9 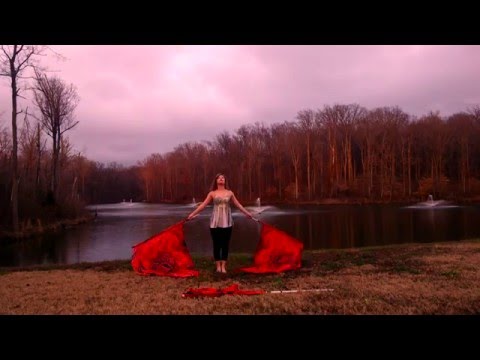