So if you read my previous list, you might have an inkling that I have a Military background, and you would be correct. I joined the Army to get out of Florida and begin my journey to...pretty much anywhere else. But my time spent in boots wasn't all sunshine and rainbows, no, more often than not it was a pretty terrible time. Not so much the work, not even the antagonism. See, I was the first to join in my family, so I had no idea what things would be like beyond what movies and television showed me; but even if I did know, you find yourself dealing with things in the Army you never thought you'd have to. For instance... 1. Recruiters are the Scum of the Earth Ah Drill Sergeants, truly the most nerve-wracking part of entering the force, the stuff of nightmares really. They'll scream in your face, deny you your rights, and straight up beat you to your knees if they have to (or want to). The Army was my ticket to freedom, so I expected all of this and welcomed it with open arms, what I got was not something I expected. First of all, they can't hit you anymore so get that out of your head (some still do, but you can report them for it). Do they yell? Sure, but without the fear of escalation beyond that it's about as intimidating as someone talking trash about you over the internet. Even more surprising was that under their odd choice in hats, they were people. My Drill Sergeants used to end each day by sitting us down and talking to us like people, telling us what the "Real Army" would be like and such. One time I caught one crying because their daughter was sick, sometimes you forget that these are real people with real lives. Once you realize that, the fear is gone, but it's replaced with a respect that works a lot better for leadership.

3. The Rules are Everywhere

See this one was something I had thought of, but gave no attention to. You know there's going to be rules, but you don't expect the quality and quantity you recieve. While I was in Korea, I had a curfew, I had to be back in my bed by 2 am. Is that a big deal? Not at first, but you can't always account for you days, and sometimes it's a buzzkill to know you have to leave whatever awesome activity you're taking part in to go to bed. When we work out in the mornings, we wear a reflective belt, so vehicles will see us. That makes total sense right? Sure, except if you work out at a later schedule (like 5 pm for instance) you still have to have the belt on. If a car hits you in the middle of the day, it probably was less about vision and more about vengeance. The mess hall we ate at in Washington (which you unwillingly pay 300 dollars for each month) would not serve you food unless you said good morning. You run in for some food, you're in a hurry because you have somewhere to be and you only have five minutes to eat, and you're trying to order off what you want as quickly as possible. Then you look up and see your order hasn't begun yet. Why? Because you forgot to say "Good Morning" you ungrateful piece of shit. Think of going to Applebee's and having to deal with something like that. These are just a few examples too. There are so many rules that you sometimes feel incarcerated. In fact... This one is a joke you here sometimes, until you start really connecting the parallels. A typical day for me went like this: First you wake up and stand outside your room for attendance in uniform, then you conduct personal hygiene, afterwards you change uniforms for PT, where you will have another attendance check before working out, then you break for breakfast and a shower to go back into your first uniform, then it's off to work where you might do your job or you might do whatever needs to be done (including but not limited to: mopping floors, sweeping motor pools, taking out garbage, repairing walls, waxing floors, doing laundry, etc), then it's lunch (but not before another attendance check), then you have an attendance check when you get back to work, afterwards you have one final attendance check and are sent on your way. When you go to the field to train, it's worse, you're literally fenced in by barbed wire you helped set up. Is it to keep the theoretical enemy out? Or you in? The connections don't stop there either, they only get darker I'm afraid. 7. There are Exceptions to all of These

SelfImprovement
CreativeWriting
ScriptedSoldier
I'm just a guy who lives his life. Baking, fitness, military, writing, video games, anime, parkour, I try to tackle a multitude of things. I'm just doing what we're all trying to do, make our marks. I aim to be a published author someday, but until then I just live for putting pen to paper (fingers to a keyboard, touchscreen, it really makes no difference to me). If you like my stuff, I would certainly appreciate a follow, as I will try to update as often as possible. Anyway, Enjoy!
Follow
Meaning of 444 Angel Number
numerologyguide
4
0
0 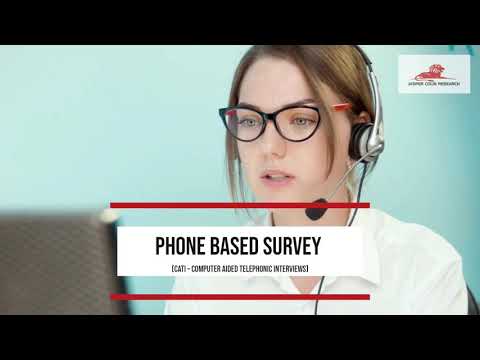