Polly Pocket was seriously one of the best toys I ever had. I remember when I was a little girl, I stole one and I was too little to realize what I was doing. But I went home with a Polly Pocket and I was the happiest girl ever. Although I had an impressive world of Barbie dolls and Barbie things, I think I appreciated Polly Pocket the most -- probably because I was able to take it everywhere I went. And my imagination with wild with these toys. Yess! I vividly remember having these in elementary school. I remember the teachers had to make the ban on them, because the students (including me) were HIGHLY addicted to them. They pooped, they slept, and they grew! Since it was like taking care of a real pet, you had to pay attention to them. If you ever ignored them for a long period of time, you came back to a shit mess, or sometimes they die. :(

Can we please bring these back? This is also on the list of one of the most addicting games ever. I am not even sure why I was so addicted to Bop It, but it was such an intriguing game. It's basically a memory toy. I would play this game hours on end. I remember even fighting with my sister for my turn to play the game. Who was the best baker in the world? I WAS. This was the only time baking came easy. I can still remember the taste of the slightly-fake-tasting brownie. Every Time I used the toy, I definitely had to have my mother around to use it. Ever heard of the burning accidents from this toy -- I can totally believe. That Easy Bake Oven got hot. Goodness, this shit was scary. But I still played with it. During the day time I was in love with Furby, during the night time, I kept one eye open -- thanks to the 80s movie, Gremlins. And since Furby was technically a furry robot, it will go through it's weird tech-y things and do things on it's own. One of the COOLEST toys I had as a kid. This was freakin' fun as heck! And living in MIami where there was warm weather all year long, this toy came in handy.

Who's going to get soaked today?!

What kind of toys did you grow up having? My childhood was at its prime during the 1990s (I am an 80s baby!)

Can I just please be a kid again??? Decorate your Christmas tree with these Mickey Mouse ornaments!
ReadsandBeads
3
1
1 Introducing the All Circles PlayBox.
allcirclesca
4
0
0 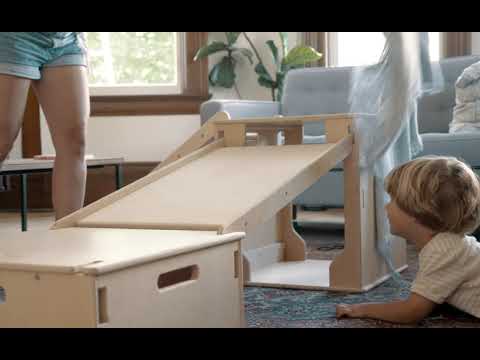