At 8:30 ET, the undefeated 9-0 Patriots will play host to the 5-4 Buffalo Bills in an AFC East rivalry matchup. Let's take a look at what's to come. The Patriots have been the consensus best team in the league all season. It's hard to deny just how good they have been - they are demolishing their opponents week in, week out.

Last week they played their tightest game of the season, beating the NY Giants on a last-second field goal by kicker Stephen Gostkowski.

They'll be looking to win again at home this time and put the division firmly out of reach for the Bills, Jets and Dolphins. As it stands, it'd take a miracle for any of those teams to catch Brady's Pats.

Tom Brady is having maybe his best season yet, which is just crazy considering his age. The man seems to be unstoppable and the defense is just as good. The Patriots have more than earned the title of best team in the league, as much as it pains me to say so. As for the Bills, it's been something of an up and down season for them.

Star running back and major offseason signing LeSean McCoy has struggled through injury for much of the season and has been something of a letdown since joining from the Eagles over the summer.

Their quarterback Tyrod Taylor has been great, though, and is emerging into one of the more exciting QBs in the league. He can beat teams with his arm as well as with his legs and is a real threat from any point in the field. There isn't much else on offense, but the Bills have a solid defense led by defensive-minded head coach Rex Ryan.

The team is coming off a big win against the Jets last week and will look to keep that momentum going and ruin the Pats' perfect season. If they can do so, it'll go a long way to getting their foot into the door of a Wild Card spot, which remains very much in reach given the Jets' loss on Sunday. It may seem like the obvious choice, but that's because it's the right one. I'm taking the Patriots. At home, plus the plain fact that they're the better team.

The Pats will win it, 27-13. The young QB Taylor will struggle in a primetime game on the road and the Patriots' ferocious defense will eat him alive.

Who are you picking for tonight? Any shot at an upset? 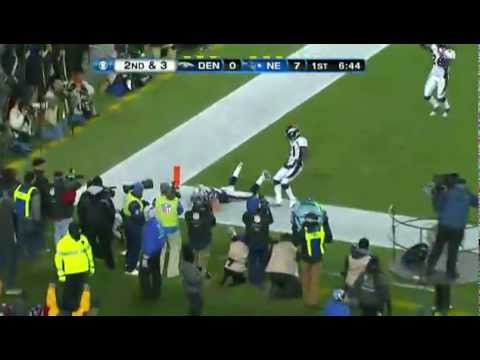