The MCRmy loves to consume everything and anything related to our heroes My Chemical Romance. This year, just in time for the Holidays Funko Pop, a brand famously known for creating vinyl toys are releasing adorable My Chemical Romance figures.

Pictured above, the "Revenge Gerard Way" figure, which recreates a classic look from the "Three Cheers For Sweet Revenge" era, has already sold out of pre-orders on Hot Topic.com. Obviously, because it's sporting the trademark mask that Gerard famously drew on for the Taste of Chaos Tour in '07. Yeah, we know our MCR history.

The only designs that have been released are of lead singer Gerard Way, and boy are they adorable and collectible. I kind of want all three. There are several designs of Gerard from "The Black Parade" as well. Here is the skeleton make-up he wore for a lot of the TV appearances surrounding the release of the record. Look at its cute little Black Parade jacket. I bet we all wish we had one! The next design is a clean faced figure, with the soulless eyes of "The Patient" (the main character from the band's Black Parade, a concept record released in 2006).

Whatever your favorite era of Gerard is (Danger Days doesn't make an appearance, although we'd love to see the red-haired Party Poison figure, complete with lazer gun!), there will be something for you.

Hopefully you can snatch up one of these figures before they sell out completely.

Which design is your favorite?

Shout out to all my MCRmy on Vingle: Godrej Refrigerator Service near Attapur
eserveservice5
2
0
0
Reasons To Use Influencer Marketing Platforms For Your Promotion and Campaigns
alicemoreau266
6
0
1
Introduction to Wear OS 3.0 and Its Application Development Process
iamdevpatel
2
0
0 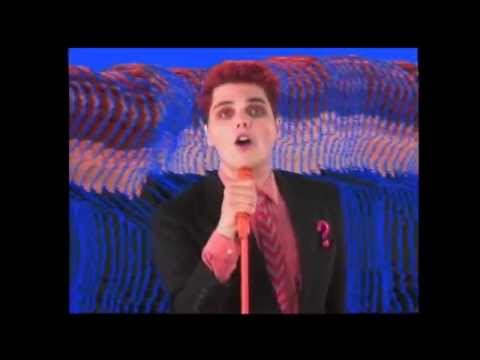