So I was at a biker saloon in southern California when I saw this painting. Made me realize what I was missing. Ghost Riders bike is a hell of a ride, but it also has a look to match it's speed and power. That forward front end fork, a fat back wheel, that big radius style exhaust system. Now what I wanna do is my own ride outa hell. A better filter for air intake, a fuel tuner for better power, a bigger tank to hold out for longer rides, and pipes to feel and sound like riding rolling thunder. Just the parts rounds up to close to 1500. That's not including the price of a springer or longer front end fork, which can go from 360 to 1000+. . . . Oh and handle bars. After hours of searching, research, price comparison, looking at specs, I ran into this pic. Who would've thought it. . . someone else decided to modify a sportster and it's pretty damn close to how I want to modify my own. It's pretty damn awesome to get down to making your dream bike. 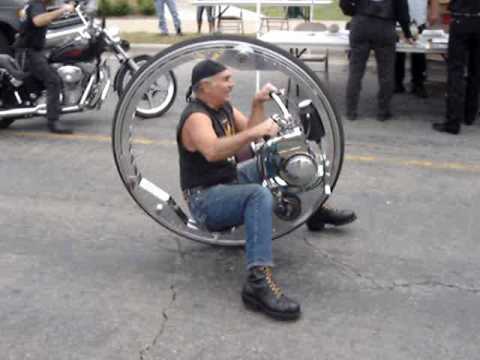