Namjoon and I have been walking for half an hour not saying anything. I was to mesmerize by the streets of Seoul to start up a conversation. After a while of just enjoy each other's company, I started getting hungry. I hadn't eaten since this morning at the plane and Joonie is probably also hungry since he always eats after training.

"Good, because I'm hungry too" he says.

We stop at a small restaurant nearby. After finishing ordering we started talking about how school was, how was graduation for me (Joonie said he was sorry he couldn't be there on my graduation day). I told him there's no need to apologize since he was in another country at the time. I asked him how was training going and how are things with the group. He told me everything was going smoothly and added some funny stories of the members, especially from J-hope and Taehyung. Jimin is still waiting for jungkook to give him a kiss, Jin is still eating, and suga as always sleeping. I laughed so hard, that my sides hurt.

Sadly, I hadn't had the chance to meet every member yet, I've only met Jin the eldest of the group (I met him when Namjoon visited me by surprise). We got along the moment I told him that my favorite color was pink.

Now that I'm in Korea I hope to meet them all, specially Jimin and the Golden maknae. Jimin mostly since he's my age (and maybe one of my favorite but of course Namjoon doesn't need to know that does he... hehe) and Jungkook well he's younger than me so I would enjoy being older (since I'm always the youngest). I didn't noticed I was smiling until Joonie started talking.

"Uh! I was just thinking that maybe this time I can meet all of the members" I said. He smiled and nodded.

"Wait, so where are you staying?" he asked after we finished eating.

"Oh! well I would have to stay at a hotel for a week since the campus doesn't open for another week." I responded. Thank God I booked the hotel a couple of months ago, I got it for such a good price. After all is not like I can afford a luxurious hotel.

After a week I would just move in to the dorms where I don't have to pay. I just wanted to come early to see if I can find a job before school starts. I need to find a way to pay for my food and personal stuffs. After a while of just talking about everything, I started getting tired. I asked Joonie if we could leave since I was tired. He said sure and took me to my hotel carrying my luggage.

When we arrived to the hotel, I checked in and Joonie helped me carry my luggage to my room.

"Are you sure you're going to be okay alone?" Namjoon asks for like the tenth time.

"okay okay, just don't open the door for anyone, promise me" he says. My heart melted, knowing that he was worried about my safety. He's always acted like my big brother, always taking care of me and being overprotective of me. It was cute, it made me feel loved.

"Thank you oppa, for everything", I said to him smiling. he smiles back and says "anything for you sweetheart."

We said our goodbyes with the promised of meeting tomorrow for breakfast. When I enter the room I went straight to bed falling asleep as soon as my head touched the pillow. When I woke up, I took a shower and got ready to get some breakfast. Namjoon texted me in the morning saying that we're going to have breakfast together and bts is coming, which I'm super excited for. I grabbed my phone and texted Joonie saying that I'm ready and that I would meet him in front of the hotel. He replied with an OK and that he's on his way.

I turned around and smile when I saw him. Behind him was bts looking at me, at first I was nervous and self-conscious but when they all smiled at me I relaxed a bit. I mean common wouldn't you be super nervous if 7 really handsome guys were approaching you. The first one that caught my eyes was Jimin with his orange hair. 'Damn it he looks good.'

When they were all in front of me all I could do was stare... These are the guys that have been with my best friend ever since they debuted, becoming one of his closest friends. That thought made me smile, at least he wasn't alone when he needed someone. However, the fact that I couldn't be there for him made me sad. That's why I'll always be thankful to these guys, for making Joonie smile.

"Hey!" Joonie said smiling at, me.

"Now you can finally meet BTS.... Isa this is bts, bts this is Isabella my best friend since high school" Namjoon said to me and his friends.

"Hey! I'm Isabella, but you can all call me Isa..." I introduced myself to them smiling.

They all smiled back and said hi. One by one they introduced themselves. First was Jin.

"Hello Isa, long time no see! How are you?" he said, which made me smile. 'oh he remembered me' I thought. Smiling, I said hi back and waited for the next member to introduced himself, which was suga.

"Hey! nice to meet you! My name is Min Yoongi ... Namjoon has talked a lot about you" -Suga says, with swag. I smiled at the last part.

"Hello, My name is Jung Hoseok, aka. J-hope, your hope. It's nice to finally meet you" -J-hope says with a goofy smile, which made me smile back.

"Hey! My name is Park Jimin, it's nice to meet you." -Jimin smiled at me which made my heart flutter making me blush a little. Okay so, maybe just maybe I have a small tiny little crush on him guys, but you know no one has to know that. I smiled brightly at him.

"Hey! My name is Kim Taehyung.... Nice to meet you. Do you want to see my elephant?" - V says with that beautiful smile of his. Oh, how I wanted to meet bts' alien. And finally, but not less important kookie!

"Hello, My name is Jeon Jungkook, bts' maknae. it's nice to meet you noona " - Jungkook says smiling at me, I smiled back. Aw, He's so adorable.

After we were all done with the introductions we headed to a restaurant close by and had breakfast. My first Korean breakfast. It was delicious, to say the least, I had such a good time with the guys, all of them were super nice with me and made me feel welcomed. We talked and laughed so much that my sides still hurts from so much laughter. They told me funny stories of Namjoon, which made me cried of laughter, although for him it wasn't that fun. After spending some quality time with the guys we had to part our ways since they had training in the afternoon.

After bidding goodbye, I made my way to the hotel. When I got there I noticed that I had a missed call from my mom, so I called her back.

"Bien! Me encanta! I met Namjoon and all of the bts' members today, we had breakfast together, how cool is that!!" -I said excitedly.

"Que bueno hija! Remember to take care, you're all I have left" - she said and I can almost imagine her crying, but I decided to ignore the memories. I know I was everything she had left, how can I not know. It was still a miracle how she let me come to Korea in the first place.

"Bueno, I gotta go, I'll talk to you later. I love you" -she says before hanging up. Now it's time to find a Job! *** 6pm that afternoon *** I've been searching for a Job for hours and I still haven't found anything.

'Ugh why is this so hard' I thought while I kept walking. I was so distracted by my thoughts that I didn't see the person in front of me when I bumped into him. Two strong arms were wrapped around me stopping me from falling. The warmth radiating from this person's body was too much, I felt suffocated but at the same time, I found it comfortable. Then, I realized in what position we were and blushed trying to get a grip of myself. I apologize to the man in front of me without looking at his face because I know for sure that my face must be as red as a tomato. However, I hear him laugh, such a deep and manly laugh that literally made my knees go weak. 'What is this man doing to me' I thought to myself. "You should look where you're going sweetheart, " he says in a deep voice. He didn't sound annoyed, more like amused. I decided to look up to see his face, but that was obviously a mistake. When I looked up I saw one of the most beautiful men I've had the pleasure of seeing. Which to my dismay made me blush even harder. Honestly, what is wrong with me. I apologize again and was about to turn around and leave when he laughed again and started talking. "Hey! My name is Jackson Wang. What's yours?" -he asks. 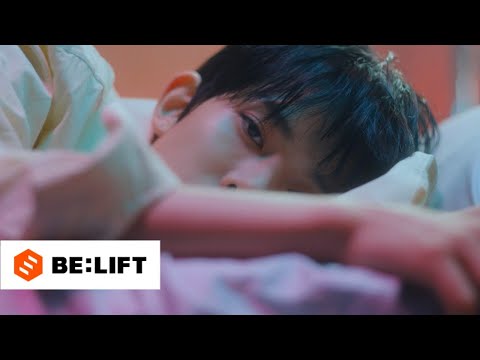