Staring at the caller ID, Jungkook’s name and photo flashed. Your hesitance had him releasing a strained sigh; in a matter of seconds he had reached over and snatched the phone from your hands. Looking down at the name, you were given a suspicious look by your boyfriend. The vibrating was abruptly cut off by Jimin as he shoved it in his back pocket. He retreated back into his corner and crossed his hands over his chest, staring blanking at the control panel. Seeing as he wasn’t going to speak up anytime soon, you asked what was on your mind this entire time,“Oppa, what happened?” He laughed dryly, uncrossing and recrossing his arms.”Jungkook likes you, which shouldn’t be a surprise, he’s practically shoved up your-” “Oppa!” You cut in angrily. Whether he was upset right now at Jungkook or not, he was still his brother and dorm mate. Jimin shouldn’t be speaking of him with such a tone.

He rolled his eyes,” Anyway, just because I was friendly with another girl, he planned blow everything out of proportion and tell you that I was cheating on you with Eunsae to try to break us up. I guess he figured you’d go running straight into his arm or something. Either way, I don’t even like Eunsae.” Even when denying that he felt anything for Eunsae, his cheeks reddened. You wondered if anyone had admitted to Jimin that he was a terrible liar. That whenever he lied, he’d tug at his ear, or chew on his bottom lip persistently. Watching him writhe, you noticed that he also shifted his weight from one leg to the other. He frowned at your silence as well as your attentiveness to his legs and stood still,”Well? Don’t tell me you believe Jungkook, do you?” Blood rushed to your cheeks at being put on the spot. Usually Jimin would ask you something, but answer it for you. It wasn’t often that he actually wanted your opinion (unless he knew for sure that it would be a compliment to him). The sudden realization of this saddened you. He obviously liked her. It was an initial attraction, not one that was built up over time. You watched the elevator numbers slowly decrease,”You like her.” His eyes snapped up to your face, arms hanging limply at his side. He, too was blushing now,

“What?” he whispered. You silently applauded him for having the decency to pretend to be confused. For someone who usually had no problem looking you in the eyes, it seemed now that Jimin was unable to. His gaze would meet yours for a few seconds before cutting away, his blush spreading down his neck. Feeling sick to your stomach, you stared quietly at him. Honestly, you didn’t understand why he was trying to deny it; it was frustrating, in fact.“You like Eunsae unnie.” You deadpanned,” Jungkook saw, I saw, even Yoongi hyung saw.” Why did he beat around the bush? It didn’t bother you too much that he liked her, what bothered you was the way he was acting about. He acted as if he was doing something he wasn’t supposed to. Jimin knows that you can’t be angry with him for liking someone, but what you can be mad about is if he tried to pursue something with his attraction. Jimin’s confusion quickly morphed into anger, “Is that what Jungkook said? What, does he decided everything for you now?” He had pulled away from his corner to back you into the opposite one, “ ‘Ah, Y/N I don’t think Jimin hyung likes you, you should break up with him~’. Isn’t that what he said right after we started dating?” His change from defensive to offensive surprised you. Jimin was never so confrontational. Was he trying to forge some sort of relationship with Eunsae?

You gulped, fully aware of how close he was standing,”Yes, but…” “But what?” “He also told me to look for myself. So even if I take out Jungkook and Yoongi oppa, it still stands that I know you like Eunsae unnie.” You explained weakly. The railing on the wall pressed into your lower back as you tried to stand as far away from him as possible. The veins on his arms were beginning to show as the muscles constricted and retracted on either side of you. He let out an aggravated breath, “Are you serious!? You’re accusing me of cheating now?” Your jaw dropped at this. When did the word cheating ever leave your mouth? “No! It’s..I think it’s normal, or at least unavoidable to like someone…e-even if you’re dating someone else-” His glare sharpened, jaw clenching painfully as his hand gripped the railing next to you tightly. Taking a quick peek, you saw his knuckles turning white, the rings on his fingers pressing harshly into his skin. Your phone in his back pocket started to ring and he took a moment to glance at it. Quickly it was silenced and shoved out of sight, but not before you caught the timid grin of Jungkook’s contact photo. Your boyfriend locked eyes with you again. “Is this some shitty way of admitting that you like Jungkook?” he hissed dangerously low. Mouth agape, you spluttered,

“What!? No! Jimin, let me finish! I’m trying to say that it’s normal to like someone even if you’re in a relationship, but it’s what you do that makes it right or wrong-” He smirked angrily, tongue running along his front teeth,”Still sounds like you’re trying to justify your relationship with Jungkook.” Why did he keep turning this around to you and Jungkook? You had practically ignored the maknae’s existence for him! There was nothing going on between the two of you. Jimin stretched his neck muscles,”If anything, I have the right to spend more time with Eunsae after all the time you spend cuddling up to Jungkook.” Several things clicked in your mind, each making you angrier and angrier. Exactly what ‘right’ did he have? Secondly, ‘more’? So, he had spent time with Eunsae either before or after you saw her at the photoshoot. And thirdly, when did you ‘cuddle up’ to Jungkook? Uncharacteristically, you stepped up to Jimin angrily, jabbing your finger into his chest. He backed off a bit in shock. He wasn’t used to you retorting back in an argument. Shamefully, you’d admit that your entire world revolved around keeping Jimin smiley and cuddly. If he didn’t like the color purple on you, than there goes all your purple clothes. Didn’t like how Jhope sat too close to you? Bye-bye Jhope. Complained that whenever he called you, you seemed distracted? No more distractions. 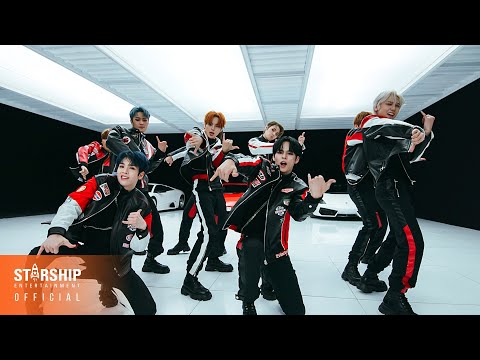