Love is a hard thing, it comes and goes, in and out faster than any of us can keep up with. Although the lonely days can seem like forever, the ones we spend with someone we love can seem just as quick.

I guess we'll have to find out. Here are the 10 most rock and roll couples of all time. Romantic and beautiful, toxic and tragic. It's all the same. Linda may have started off as a rock and roll wife, but her music career ended up blossoming as a result. Receiving an Oscar nomination for her co-writing of "Live and Let Die" this duo will never be forgotten. Linda died of breast cancer at age 56, but her love and legacy live on in Paul and Linda's children. Musicians have a way of finding each other. Some people compare Courtney love to Yoko Ono in terms of steering Nirvana off track a bit, and adding to the destructive ways of Cobain, who died tragically at the age of 27. Whatever your take on these two, they are the perfect example of a rock and roll couple. One might say this love story ended in tragedy, but I beg to differ. They loved each other, completely and the sadness only comes with the tragic end of Amy. Gone but not forgotten. Ultra cool and devil may care, this couple was a quintessential of early rock couples. Big sunglasses and hats, draped patterns and scarves, they were almost as fashionable as they were unique. God. Goals. So many goals.This was the relationship that nearly derailed Moss' modeling career, as she was photographed doing cocaine with Doherty. That didn't matter though. Despite all of the media coverage, and the rumors, these two will live in infamy as yet another incredibly destructive and beautiful rock and roll couple. Although this couple is controversial, one can't deny the power of their love story. Enduring and timeless, the bond formed between these two in the 70's transcended music and became a cultural phenomenon for years to come. Although it ended tragically, it started off as a rock and roll fairy tale: British punk meets American girl, both head to New York City. One ends up dead, and the other charged with murder. Most rock relationships end badly, but not as bad as Sid and Nancy. Beward of toxicity. Together till the very end, these two created a legacy of love and affection that will outlast them both. Every rockstar needs a muse, and there's no better muse than the beautiful Iman. Ah yes, the old "guitar player and lead singer" trope. Can't say I haven't fallen pray to that myself...but we won't get into that. It's hard to imagine the success of Fleetwood Mac without the relationship between Stevie Nicks and Lindsay Buckingham. Come on, their greatest album Rumors? Wouldn't exist. 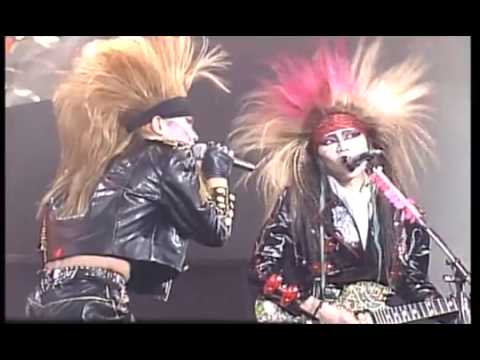