showed off my accessories last week!

Sailor Moon Cafe that was going on at that time!!

Now, I didn't take many pictures , but this is the food that I ate!

Isn't it cute? It was a Sailor Jupiter themed bento box. I loved it! Everything in it was tasty. The rice balls were mushroom veggie rice balls, the spaghetti was sweet, and the little pieces of cutlet were seafood cutlet! Yummmmmmyyyy!! I also got a Tuxedo Mask Coffee!

Isn't it cute?! It really didn't taste THAT great (ever had a cold, canned coffee? It sort of tasted like that, lol). But it was adorable and that's all that matters. I also got the Sailor Mars coaster you see in the background, and a little Sailor Mars dessert, too!!

I didn't take pictures of the interior, but it was basically just a bar set up with a lot of memorabilia. They played episodes of the show on the TV screens throughout the room, and music from the series the whole time! You could text in a request & they would play that, too. They also had goods for purchase, but it was a bit pricey just to be there so I didn't buy anything.

And that was my experience at the Sailor Moon Cafe! 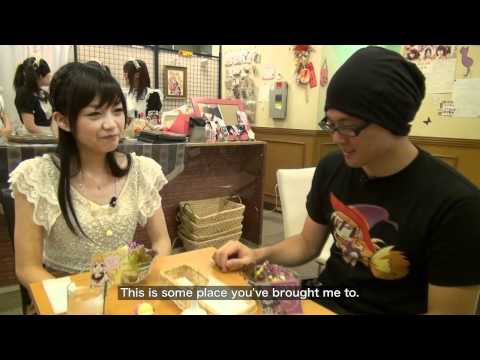