To be clear: I don't know anything about fashion. I know that shirts go on top and pants go on bottom and sometimes those two things are one thing and they're called a jumper. Or a romper. Or a flightsuit. Idk.

brought together some women who actually do know about fashion and had them critique outfits in various video games.

I'm not gonna rehash their whole article, just some of the choicest bits. Let's start with Lightning, since she's the one who really got this ball of fashion rolling.

Lisa: Feeling the tan and cream vest but not the thigh bag. Is that a thing? Do people make leg bags? I really don’t want one.

Alexandra: As a dedicated FF player and, you know, woman, I love Lightning. She’s a total badass with a military background to boot, and her outfit reflects this. Lightning looks like they put her in a soldier’s uniform and she ripped off all the bits she didn’t need, strapped a bag to her thigh (don’t knock ‘til you try it) and added a cape for the hell of it.

Genevieve: I don’t want to offend this girl ‘cause she looks like a bad-ass. But there’s just a lot going on. The olive green, the tan, the burgundy, the black, cream, navy, yellow . . . I’m exhausted. Coco Chanel’s sage advice – “before you leave the house, look in the mirror and take one thing off” – really would have come in handy here. She’s making a case for belts serving as bras, though. Lisa: I don’t know anything about Chloe but I assume she punches people who wear the band shirts of bands they don’t really listen to.

Carina: I’m not sure what her character does in the game . . . does she fight? Or maybe mope around? Either way her outfit confuses me. A beanie AND a singlet, tells me she can’t decide if she’s hot or cold. 4/10.

Alexandra: Chloe is obviously very cool. We know this because she has a skull in her tattoo, on her shirt and then (for extra clarification) the word ‘skull’ on her top.

Justine: This girl looks like Ruby Rose back in her DJing days. Enjoying her rock vibe and cool beanie. 8/10 Justine: This guy looks not unlike someone who is living in NYC right now. I’m actually quite enjoying his street style. Lose the gun and I would probably go on a date with this Aiden from Watch Dogs dude. 9/10

Genevieve: I’m willing to look past the bootleg jeans and fingerless gloves for what looks to be a very attractive face under that scarf. Nice broad shoulders, a smouldering eye, 5 o’clock shadow . . . From a style perspective he’s a no but from a sex appeal angle he’s a YES. I hope he’s not a baddie. Tingle - The Legend of Zelda

Carina: How adorably annoying! Nothing frustrates me more than the colour neon green. Also why is Tingle wearing his red (also an annoying colour) jocks on top of his offensive onsie? 1/10 for the booties.

Justine: What even is this? It looks like something from my childhood nightmares… With a terrible sinus infection. 1/10

Alexandra: We could say a lot of things about Tingle’s look, but the important thing is he’s owning it. *cough* Lisa: Sorry, is this an “outfit”? I don’t think she’s finished getting dressed. I hope there’s a mumsy character who follows her around the game with a jumper saying, “Don’t forget your cardigan!” Is there? I would play that game.

Carina: WHAT the actual hell!? Anyone who has boobs will tell you there’s not much you can do in a bikini five sizes too small, apart from stand very still and pray you don’t have a nip slip. How does Quiet even live? Don’t even get me started on the rest of her strange get-up. 1/10 soz, Quiet!

Alexandra: If she wasn’t rocking weapons I’d think Quiet’s been made to wear this against her will. Because that is the only way someone would ever wear this.

Genevieve: Yes, she’s covering her private parts with miniscule scraps of material. Yes, her tights are upsettingly holey. Yes, this outfit is completely inappropriate for everything, ever. But she’s got cool combat boots on, and a bangin’ body – why shouldn’t she show it off? You know what’s really letting her down here? Her greasy hair. Girl, take a shower.

You know, I'm really not surprised about their reactions to Quiet's outfit.

Any fashionable people here have any insight to offer? Do y'all agree? Disagree?

Also, less fashionable people who might get a kick out of this:@inplainsight (Australia)@paulisadroid@tylerdurso@buddyesd@shannonl5@alletaire@namrow@SAMURXAI@arnelli@poojas

VideoGames
Games
FashionforWomen
FashionforMen
Men'sStreetFashion
Women'sStreetFashion
InVinsybll
Vin. New York born and bred. Big fan of stories in every form- oral, written, televised or otherwise. I like to hear great stories as well as tell good ones.
Follow
How To Tie a Scarf
Kyrex
129
61
4 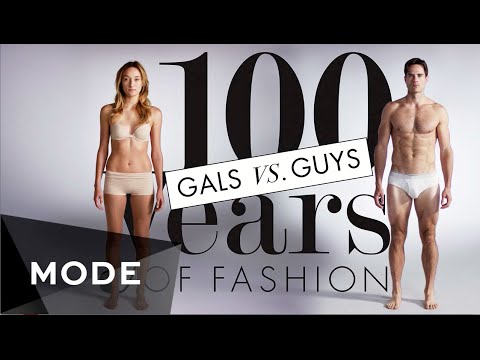