If you haven't seen the viral video of the newly famed star "Damn Daniel" then you're probably living off the grid. With a hilarious voice coming from high school sophomore Josh Holz, he has been making hilarious vines of his friend, Daniel Lara. Daniel is only 14 years old and a freshman at Riverside Poly High School, CA. The young heart throb is now raking in thousands of fans across social media attracting super-fandom overnight.

Hundreds of crazy rumors have flooded the web, everything from Daniel being attacked to he's in hiding. Everyone is just looking for a story to add to the media craze. There are currently a pair of white vans online selling for $300,000 hoping to get someone gullible enough to buy them. This quick rise to fame though hasn't come without consequences. A recent news article hit that fans are pranking and storming Holz's home in California to get a glimpse of the kid behind the voice. The vine has also led to some negative parodies online which have garnered some heat.

Of course it was a given that "Damn Daniel" and the voice behind it would appear on The Ellen Show. After a hilarious interview between Ellen and the boys, she surprised them with gifts. For Holz, she gave him an epic and brand new surfboard to commemorate his visit to the show. However, Damn Daniel was the one who truly came home with a winning prize by receiving a lifetime supply of Vans shoes thanks to Ellen partnering with Vans HQ. Talk about an awesome gift!

"Back at it again with the white vans!" When Little Kids Are Slaying The First Crush Game.
LizArnone
29
10
20 Watch At Your Own Risk
marshalledgar
31
8
41 GIF
Why BTS is Perfect
artificialgold
27
10
2 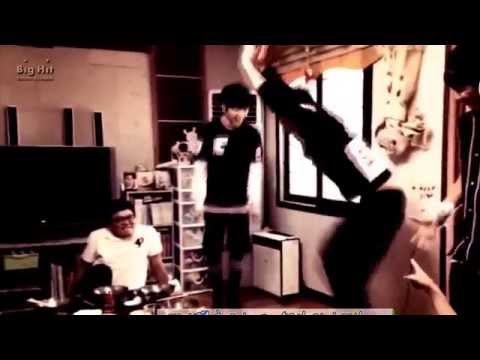 Why are Images important and how to optimize them in e-commerce?
apimiocloud
2
0
0
Hilarious Inside Out 2 Parody Trailer (NSFW)
cullenquigley
46
13
0 Time for marketers to re-think
digitalshukla
6
0
1