Retro-thrash bands seem to be everywhere these days. They've been pumping out some good old-fashioned '80s-style thrash metal for the past few years. Some are amazing and are totally worth checking out, while most others never quite make the cut. Bands like Warbringer and National Suicide have been making music that most would consider to be sub-par and unoriginal. You could make the argument that you can't really come up with anything original anymore cos all of the good ideas have been taken. Havok, though, decided to take those already-taken ideas, like the sounds used to make thrash, and modify them to make them sound a lot more creative than those bands, and it shows on their album "Time is Up". Sure, it still has some of those retro-thrash cliches, but that's to be expected in any thrash band formed in the 21st century. Quick, name a thrash metal band that HASN'T used an E-note riff in any of their songs! Can't think of any? None? Okay, that's fine, cos it really isn't thrash if it's without the E-note rhythm, is it? It creates an angry, aggressive sound that came from the '80s, and many bands from that time period used it, so why not use it too? Unfortunately, this creates a major problem in many thrash bands, cos they tend to use it constantly, to the point where it starts to sound bland. I can understand that some people would be annoyed by this, but come on, it's not like Warbringer where that kind of riff can only be used for one time signature, is it? Actually, it doesn't have to be that way, and Havok knew it when they cranked out this album. All of their songs have the E-note rhythm, but their time signatures vary, so it's easier to distinguish between songs. You'll know when you hear "D.O.A." and "Scumbag in Disguise", cos even though they have the E-note rhythm, they sound like two completely different songs. That's because they don't use the same time signature. And some of these songs don't settle on one time signature per song, for they can change in the songs themselves too. "D.O.A.", for example, starts off as a mid-paced song, but after the solo, it speeds up to a mosh pit-inducing speed. "Killing Tendencies" has a slower-paced intro, but it accelerates after that. Here's a fact: it's not the E-note rhythm itself that makes "generic thrash metal", it's how the E-note rhythm is used on your album.

Like many thrash bands (and especially the retro-thrash bands) Havok's lyrical themes center around the same things. Lyrics surrounding violence and war ("Covering Fire" and "Fatal Intervention") and religious corruption ("The Cleric") are all trademarks of thrash metal. This proves that when it comes to lyrics, Havok really isn't really all that different from most retro-thrash bands at all. Well, I'm not really expecting anything different in thrash metal lyrics, nor do I demand that bands like Havok write songs about anything special, like World War II battles. There are reasons for the lyrics to be centered around negative topics like corruption, and possibly the biggest one is cos the band is trying to send a political message across (all while getting the crowds to mosh, of course!). "Scumbag in Disguise" talks about liars and backstabbers, some of which are presumably in our own government. The songs with lyrics regarding war could be considered cliche by some, as almost all thrash bands use them as constantly as the E-note rhythm. It can be a little redundant even a little underwhelming, sometimes, so it would be absolutely no surprise that "Covering Fire" would be about the horrors of war. I personally don't think of it as a bad thing so much, just as long as the bands write songs about different subjects on their albums which Havok does here. It may be somewhat cliched, it might not be anything groundbreaking and original, but you know what? Havok's "Time is Up" is an album worth searching for. It is a real throwback to the '80s when thrash was the king of the metal music scene, and mosh pits started to be common in the concert halls. While it has all of those cliches, it uses them wisely, and made do with ideas that were obviously already taken and used by so many other bands several times over. They took those old ideas, and used them in their own special way. Because of this, "Time is Up" doesn't have the redundancy of other bands like Warbringer, and comes out as a band that is so good, it just might rival its old masters, like Testament and Exodus.

Music
RockMusic
SamueleMerco
Hi everyone! I'm Samuele, I'm 23 and I live in Italy. I'm a musician addicted to metal, especially power, prog and all kinds of metal where some virtuoso players are. I also love poetry, Latin and Greek in particular :) Feel free to comment on my posts!!
Follow
The Most Annoying People At The Concert
danidee
82
13
10 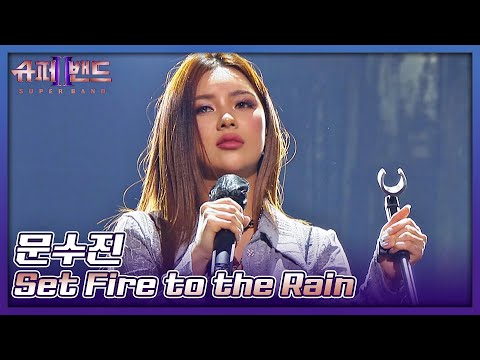 How To Earn Cryptocurrency Without Investment: Get Paid $1,000+ Per Week With This Easy Method
Naijhiphop
1
1
1
4.7 Star App Store Review!
Cpl.dev***uke
The Communities are great you rarely see anyone get in to an argument :)
king***ing
Love Love LOVE
Download