Hey guys! So, for those of you who don't know who the Sechs Kies, aka 6kies are, they are a male group that were popular in the late 1990's. They were formed under Daesung Entertainment and debuted on April 15, 1997 with their first single "School Song". Their name "Sechs Kies" is supposed to mean "six crystals" each representing one member, but in German, "Kies" is actually translated as gravel.... They are popularly referred to as "Jekki" for short, their official fan club was called "Dear Sechskies Friend" and the group's official fan club color was yellow. They are also known for being the musical rival of H.O.T. the first kpop group to EVER become a "million seller" despite the financial crisis in South Korea at that time. They disbanded on May 20, 2000, however 16 years after their last performance, they held a reunino concert on April 14, 2016 at the Seould World Cup Stadium. On May 10, YG Entertainment officially announced that they signed a contract with Sechs Kies. YG stated, "We have officially established a contract with Sechs Kies. From now on Sechs Kies will resume promotions with YG's support. Member Go Ji Yong, who is now a business man, did not sign along with other members, but it is possible for him to still join us for various performances and album recordings." Their original group consisted of their leader Eun Ji Won, Lee Jae Jin, Kim Jae Deok, Kang Sung Hoon, Go Ji Yong, and Jang Su Won.

What do you guys think? Hopefully, Go Ji Yong will sign with YG too, but if not, I hope they continue to make good music and gather all their fans again. Congratulations to Sches Kies!

Credit to: Original owners of above photos/videos

Kpop
KoreanStars
AsianMaleStars
EunJiWon
kpopINT
KpopINT is a Entertainment company that brings up to the audience the best of Kpop news, the hottest KDramas, and Kbeauty trends.
Follow
OnlyOneOf Writer Wednesday ✒️
MelissaGarza
2
2
0 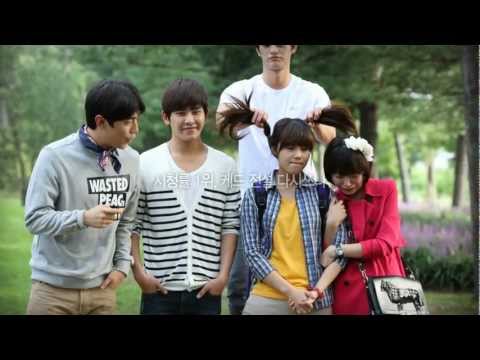