Normally I wouldn't rant about this, because in the past no one over stepped boundaries AS BAD as this. ⚠ Warning there is foul language ⚠ By now everyone knows that kpop fandoms are a give or take when it comes to respect. You'll find a fandom that is completely respectful, will always tweet at an idol to take care of themselves when their sick, or just a congratulations tweet for winning. There's no harm in that. BUT WHEN YOU TWEET A HARMFUL PICTURE TO YOUR IDOL, YOU HAVE OFFICIALLY CROSSED THE LINE. This cutting shit is completely irresponsible and completely stupid. Sadly we've seen multitudes of people cutting themselves for no fucking reason. First for Justin beiber, Leafishere, and now for jungkook. Why? So you can get attention. You can't possibly sit here and tell me that cutting into yourself is going to magically fix everything. Because it won't. Another situation is with fans making false rumors and assumptions of sexuality. This. Pissed. Me. Off. Big time. It's fine to write a fan fiction that involves your bias doing something with their members of the same sex. That's fine, but going through ones own created music and stating he is bisexual is wrong. You might want him to be, but if no one came out to say anything about the situation, then you might have to suck it up buttercup. Stop your childish ways and become a proper fan. Your making everyone else look and feel bad. Now the real reason I decided to rant, was because of a statement, or a sentence, I see rather frequently when talking about idols of any country. "They signed up for this life. They should suck it up." Yeah fuck you. No. Just because someone is very passionate about music and wants everyone to hear what's on their mind, doesn't mean they have to be fucking chased, harassed, sent death threats, being told to leave the band/group, etc. It means they chose a career that suits their HAPPINESS. The fans are the ones that drag them down. US FANS ARE THEIR WAY OF LIVING. Without us they wouldn't be able to make music and be famous, but that being said, WE ARENT THEIR CREATORS AND THEY DONT BELONG TO US. SO GET YOUR HEAD OUT OF YOUR ASS AND START ACTING LIKE A FAN THAT SUPPORTS YOUR IDOLS, WHOM ARE ALSO REGULAR HUMANS WITH AMAZING VOICES, AND NOT YOUR FUCKING TOYS! It makes me sick that these idols have to live everyday wondering what's going to be said to their faces when they see us. Do you think they want to keep hearing "Leave Bts! You suck! Die!" because I can tell you right now, even if your not famous, hearing half this shit around the web, I would be stressed and depressed. I'm also disappointed that Yoongi had to speak English just to tell his fans to leave them alone. I've never wanted yoongi's English be directed negatively towards his fans. It breaks my heart to see these idols being harassed and chased. Just stop this foolishness and bring a good name back to A.R.M.Y sorry for this long rant. Like I said I normally don't rant about these things, but this was getting under my skin recently. I just hate the fact that every other card here on vingle is about crazy fans and bts. Anyway, I got some of that off my chest. Thanks for sticking through it lol Also just a little side note: I'm adding this card to male kpop cards and selections because this generally shows up with males. Yes there are female instances, but I've only recently seen just male kpop idols. 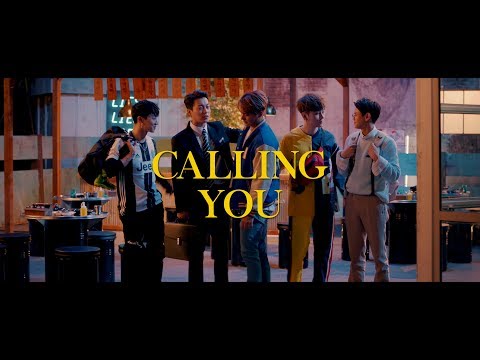