This week the Bulletproof Crew is making cards on how our biases would act when they are jealous. I'm going do something a bit different and make a quick story about Jimin being jealous. I think overall Jimin's emotions would be all over the place.

It was a nice sunny summer day. Jessamine was happy that it was not humid. She is in the motions of getting her makeup line "Beauty Beat" out. She knew that she could get some awesome tips from her amigo Jay Park since he is a successful guy. He was a true boss and she needed to be on that level. He usually was busy so she was thrilled that he made time to have lunch with her. Jessamine pulled out her lace light blue high waisted shorts and her white body sleeveless suit with the silver zipper in the back. She paired it with a simple brown belt and her blinged out sandels with light blue jewels. She pulled her black hair in a cute bun and made sure she had her cute promise ring on that Jimin bought her. Jimin FaceTime Jessamine during his break. Jessamine sat at her vanity while speaking to him. He was glistening and sipping water. "Damn papi chulo you are working it out!" "Yeah, you know I have to go all in. But where you going? Baby you looking delicious." Jimin says while playing with his wet hair. "Thanks. You know I always dress like this. But I told you a hundred times about my meeting with Jay Park." "You seeing him alone...dressed like that? You supposed to only look good for me." "Park Jimin you know I always dress cute papi." "You could've just caught up with my manager for some tips." Namjoon called Jimin in the background. Break time was over. However, Jimin was growing more upset by the second. "Baby I love you and see you later. I have to go and so do you. Just chill." "I love you too. Do you have on your promise ring?" Jimin flashed his. Jessamine flashed her ring. "Yasss Papi. Besos!" She blew him a kiss and ended the call.

Jessamine ran out the house when she heard a horn honk. It was Jay Park. She quickly got into the car. She was trying to think clearly but Jimin had her mind all twisted. She was felt some type of way about him being all jealous. "What up baby girl! How my little sister doing?" Jay said with a smile on his face. "I'm doing great Jay. How are you bro?" Jessamine smiled and gave him a hug. "Damn busy but happy I get to get away with you. What you wanna eat?" Jay said. "Whatever. I'm not picky." Jessamine said. "Well I wanted some Mexican food. I know the food might not be as good as your Mexican food but I haven't had any in a long time. BTW can you make me some when you are free?" Jay said. "Sure bro, you know I got you." Jasmine said.

Jay and Jessamine had just ordered food and they were talking bussiness. Jessamine was getting some good tips from him and he said that he would be willing to support her. Jessamine was super happy. Once lunch arrived they began to eat. "I guess if you approve this food then it's good with you being a Black Latina." Jay said while cutting into his food. "Yep it will straight up certified." Jessamine said while smiling. Everything was going great then the texting began..... Jimin was blowing up Jessamine's phone.

Jimin is nuts. He knows I'm handling bussiness. Yeah Jay is sexy but I'm not interested at all. His mi amigo and nothing more! He's acting so emotional right now. I excuse myself to go to the bathroom so I can speak to Jimin. I was happy Jay did not pay it any mind. When I called Jimin I was expecting him to pick up the phone, but Jungkook answered. "Hey nuna! Jimin is really mad and don't want to talk. I tired to get him to speak." "Tell him that imma spank him when I see him. He knows I'm handling bussiness and he's blowing up my freaking phone! Then he won't speak. Tell him unless he's dying to not bug me!" "Yes Nuna. I hope yall makeup though. He's reall depressed and he's over doing it. He's running now after we just had an extensive dance practice." Jungkook said. We said our goodbyes and I return to the table to eat. ........... .... Jay smiled as he watched Jessamine roll her eyes and sigh. "I thought you fell into the toilet girl!" Jay said. "No I'm good though." Jessamine continued to eat. "Naw, I'm not stupid. What up?" Jay says in a concerned voice. "Well... it is Jimin. He's acting all emotional because I'm out with you. He thinks you will try to make advances at me and turn me out. He was blowing up my phone and then he doesn't want to speak to me. He knows you and I are just friends. He was so caught up on my outfit too." "Sounds like he's jealous Jasie. Yeah you sexy and all Jessamine. But if I wanted you, you would know. Besides I would have snatched you up years ago. He has nothing to be worried about." Jay says then he smirks. "What you mean I would know?" Jessamine asks knowing she should not. "I mean you would know. If I wanted to smash we would not be here. I would tapped that ass in the car. You know what it do baby girl. But I respect your relationship with Jimin." Jay said. After hanging out with Jay Jessamine went shopping with her friends Koko, Nabi, Maddie, Crea, Sely, and Kat. They went to the spa and had a light dinner too. Jessamine needed to get her mind off Jimin and his childish ways.

Jimin was sitting in the dark on Jessamine's bed. She screamed when she saw him there. "Oh you forgotten what your papi even looks like....you have been gone all day." Jimin said. Jessamine turned on the light. "Stop acting weird Jimin. I was out with the girls. Your jealous childish acts is just too much." She turned placed her new clothes in the closet. "Well you left looking sexy as fuck. Baby I'm sorry but you know I love you. I want you to only look at me" Jimin said. "I love you too and you know it papi. Jay and I are only friends. I don't know how many times I have to tell you. You are more than enough for me." Jessamine said. "Awe baby that's all I wanted to hear....I'm more than enough for you. Will you forgive me?"

Jimin hugged Jessamine from the back. He began rubbing on her full chest through her sleeveless white body suit. Jessamine bit her lip because the fiction felt so good. Jimin unzipped her body suit from the back and pulled it down. He quickly unhooked her bra. He began rubbing on her nipples and biting on her neck. Jessamine quickly turned around and pushed him away. Jimin could feel his pants getting tighter as he looked at her exposed chest. "You think I was playing when I said I was gonna spank ur culo? You have been bad Jimin. Lay on the bed!" Jessamine said while pulling a belt out her closet. Jimin laughed. "Are you serious?" Jessamine pushed him on the bed. She yanked off his pants so he was only in his shirt and underwear. She was so ready for this as she looked at his perfect butt. She is nuts. I never seen her like this. But I freaking like it. I'm usually doing the spanking but I guess she deserves it. I will have the last say when she screaming out my name. Jessamine cracked the belt and spanked him two times. Shit this feels so good....I want her to spank me more I had no idea that I would love this. Jessamine began hitting him and saying random things. "Yeah you know you like this. You are such a bad boy papi." Jessamine said. She sound so cute trying sound powerful. I grab the belt and then grab her. She smelled so good. I lick her neck calming her down and pull down her shorts. She was wearing those sheer black thongs. She knows those are my weakness. I grab her by her butt and sit her on my lap. She rips off my shirt and begins running her hands down my chest. I want melt into my milk chocolate queen. She looks so hot. I snatch off her panties and place her on all four. This was one of her favorite positions I figured I will give her want she wants. Skip foreplay...she wanna play rough let's get to it. I enter her like I had no mercy. She was beyond ready for this magic stick. She moaned as we adjust to each other. I take it slow at first so I wouldn't bust so quickly. She felt so good. Then I begin pulling her fast onto me while pulling her hair. Jessamine's soft ebony curls felt so good around my fingers. Her moans get louder as she calls me papi. I love it when she does that. "Am I more than enough baby?" I say while pulling her off her hands so I can go deeper. "Sí papi! You are more than enough baby." She screams. I flip her on her back so I can see that pretty face. I continue loving her hard as she wraps her legs around me and dig her nails into my back. I kiss her deeply and moan along with her. Pleasure and pain... I could get used to this. I could feel her climax coming on as I felt her contract causing me to climax. Then I feel on top of her. ...........

Jessamine and Jimin took a quick shower and hopped into her bed. She curled in his arms. "Maybe I should act jealous all the time." Jimin laughed. "No you should not Jimin. But I do love the end results." Jessamine said "I love you baby." Jimin said while kissing her cheek. Jessamine giggled. "I love you too papi." Suddenly they both found themselves drifting to sleep. 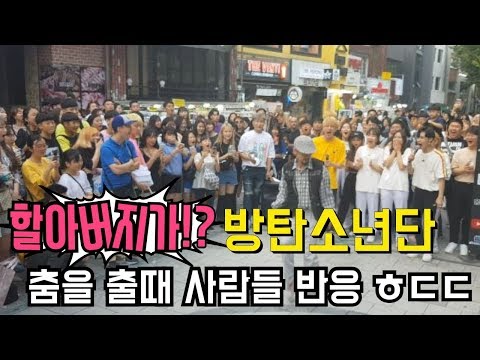