The Taglist will be changed so I don't want anyone to feel like I stopped tagging them! Thank you!Taglist

This made me sad. I think I'm attached to angst a lil...

PS Check Out the Author. Her Angst is amazing!

How much could words hurt you? How much could some simple words bring you down and getting you nervous for the coming sentences? And how much did it hurt to actually know what he was going to say?

You thought loving him was easy. You thought getting yourself into a relationship where no one’s heart was safe would be something right to do. For the first time in a very long time, you thought you did the right decision.

Dating him was nothing near your expectations. More tears then smiles. Less happiness and more sadness. It was what the relationship was about. From day to night, night to day. Through the months and years together.

But even if it did hurt you to be in such a relationship, you still stayed by his sides. You were there beside him when he needed you the most. You were there to whisper all those “it’s going to be okay”s. You were there when the world was against him and he had you and only you.

But through it all, what did you get back from him? Was there anything at all? Love? A kiss? A hug?

You got nothing back. Instead, you got your heart broken into pieces.

It all started back in his trainee days. You knew he was stressed about, literally, everything back then. Hoseok was never the one to take stress well and when he couldn’t handle it, he broke down. Already as a teenager, it broke you to see him so weak and insecure about himself. Sometimes, you blamed yourself for not being strong enough for him to have someone to relay one. You felt unsure about yourself for always telling him your problems while you couldn’t even help him with his.

And soon, he wasn’t Jung Hoseok. He was the famous J-Hope who only cared about to never let his fans down. He cared so much about it that you were long gone from his list of people he should care about.

Being his girlfriend was tough. It was hard to not break down and it was not easy to stay strong for him or yourself either. A realtionship where everything was about texts and one minute long phone calls every week never worked and you knew that. You knew it would never work with a relationship like that. But you had hope and you thought it was everything that mattered.

You were sitting in your room, watching a movie when you got a text. You thought that maybe it was him. But why would he text you now? He never texted more then once a day and he had already texted you.

Confused, you replied back: “Yeah, why wouldn’t I?”

“Haven’t you seen the news? It’s about Hoseok.”

And when you finally saw what everyone was talking about, your heart couldn’t get any more broken.

“BREAKING NEWS: J-Hope from BTS has a girlfriend?!” was the head line of the article.

“After years of denial, J-Hope finally speaks out about his relationship with the model we all adore: Lee Sung Kyung.

J-Hope told us that they have been dating for over a year and that she’s the one that makes him aim for his goals in life. He also said that without the love of his life, he would never have been able to smile this brightly today.

How sweet are these two together? We ship!”

The love of his life? A year? Did he start a relationship with another woman while the two of you were together?

Through all these years, he never told anyone about you, not even the other boys in his group. He never mentioned you in front of others. He never cared enough to introduce you for others than his dog.

Eveything was making sense now. After years of dating, you finally got the answers you wanted. Why he never let you celebrate Christmas with his family or his members. Or why he couldn’t take you out on dates. Or why the only place where you could call him boyfriend was at your place.

It all made sense now. You were just someone he could go back to anytime, because he knew you loved him too much to let him go.

And now, back to reality where his eyes were avoiding yours. His breathing became heavier while your tears were rolling freely down your cheeks. His hands were clenched into fists and his bags were waiting in the hall.

“Why did you do it…?” You asked him quietly, too afraid to break down once again if you crossed your limits. “I didn’t want to hurt you, but at the same time, I couldn’t hurt myself by being with someone I don’t love.” Was his simple answer.

All this, it seemed so easy for him to say. Like it was not a big problem at all. Like this relationship meant nothing and that it never meant a lot for him to take it slowly and surely.

“But you hurt me thousand times more by letting me believe in this relationship. You hurt me. You hurt me by keeping up your lies about loving me and only me when you obviously loved another person when you let those kind of words leave your mouth,” I cried and buried my face in the palms of my hands.

“It wasn’t easy! I knew you loved me and I couldn’t leave you even if I wanted to. When will you understand and accept that other people have feelings too?! I love her, Y/N. I want to be with her but I couldn’t hurt someone who always stood by my side from the beginning.”

Standing up, you stared at him before pointing a finger at him.

As soon as that sentence left your lips, it felt like your heart was leaving as well. For once and for all, you felt yourself break down but this time, it was deep down, inside. No tears, there was nothing. Only painful silence that were worse than anything else.

Was his last words to you before he opened the doorm shut it and left.

I will be starting the new taglist next MondayTaglist Change

Thank you for telling me! Monday is my last day so please bare with me for double tagging!

Kpop
FanFiction
BTS
sarahdarwish
I'm a huge Kpop and Kdrama fan...and I'm a bit crazy for Suga I love to meet new people. 🤗 Jayde and Emma 💕 And if you need someone I'm always here to lend an ear. :)
Follow
❤ Vingle cmty Love ❤
SweetDuella
32
7
4 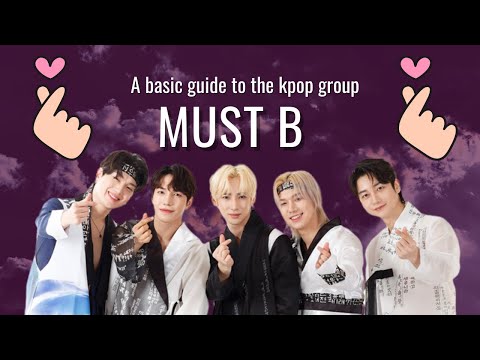