“Y/n” “Yes!” I turned around to my friend “Are you ok?” “Yea why do you ask?” “You have been staring at that Mark Cut out for the last 10 minutes.” “I have?” I snapped out of it. I guess I was staring at it. “You must really like Mark.” I turned to her; there is no way she knew. “Um.” “I mean you have been here what 2 weeks and every time you see a mark cut out you go into the store and look at all the mark things.” “Yea I guess…. I didn’t realize I did it.” “Well being a Igot7 and having mark as your bias is ok. Why don’t you just buy a cut out and keep it in your place.” “No I can’t do that.” I see that she was meaning in a fan way I like him. “Why not?” “I need to stop liking him.” “Why! Mark is so amazing!” “I just have my reasons.” I still can’t believe that it’s been 2 weeks. I guess Mark really took what I said to heart and is actually listening to me. I was kind of hoping he wouldn’t but what did I expect. I hate myself right now. “Hey (Y/N) don’t forget that we have that double date tonight.” “Ah I almost forgot.” “Geez you don’t really care about guys do you?” “No I do I just want to have a good time since I’m not going to be staying here forever.” “Then going to the Karaoke club will be just the thing.” “Alright alright! Are you coming over to my place to get ready then?” “Yea! Ill head over there around 5.” “Ok well then I’m going to run a few more errands then I’ll see you at my place.” I said and took off running towards my destination. I liked having at least one friend. I found her maybe the third day I was here. I was walking around and I bumped into her and then she decided that she wanted to show me around and we have been close since then. She knew that I was single and kept pushing guys at me but I always said no until one day Got7 was on TV. She asked right when Mark was talking and I quickly answered, seeing him smiling made me snap out of this I don’t want or need to date phase and got me moving. She was really happy about it. I walked by JYP without realizing and I almost took someone out. “Sorry” I backed up and bowed. “It’s ok… hey aren’t you Marks friend.” I looked up “Hi.” I l looked around making sure mark wasn’t around. “How have you been? I figured you would have been coming to hang out with Mark when we were practicing.” “I’ve been good… No…. I…. I’m sorry Youngjae but I really need to get going.” I looked around one more time and saw more people walking towards the door of the building. “Pretend you didn’t see me!” I said and took off running. “Bye.” He said I ran as fast as I could to the department store. That was too close for me. I quickly grabbed what I needed and went home. I took a shower and once I dried off there was a knock at my door. “Alright let’s get started!” Amber said walking into my place. “Did you take a shower?” “Yup now let’s get beautified” she smiled and had me sit down. She fixed my hair and makeup and then she did hers. I put my dress on and spun around. “You look so good in that dress” “Thanks I feel like I’m trying too hard.” “Have you never dressed up for a date?” “No I haven’t last time I dated was high school.” “Ah no this is normal.” She now understood how weird this was for me. “Alright let’s get going.” She was really excited for this date. After several minutes we arrived at the karaoke place. “Hello ladies” the guys said “Hey Minsoo” Amber said linking her arm with his. “This is my friend Hyunwoo” he said pointing to the guy next to him. “This is my friend (Y/N)” Amber pointed to me. “You look beautiful” Hyunwoo said and I smiled. “Thanks” “Let’s go sing!” Amber said and pulled Minsoo inside. Both me and Hyunwoo followed them inside. After several drinks and several songs we were all having a great time. “I have to go to the bathroom.” I stood up quickly and stumbled to the door. “I’ll go with you.” Hyunwoo said “HA no you can’t go with me.” I said giggling. “No I mean I’ll go to the bathroom as well.” “AHHHH ok.” I opened the door and we both walked out. I started laughing as I hit the wall. “Are you ok” He asked laughing. “Yea I’m fine.” We both stumbled to the bathroom when I got out he was leaning up against the wall. He looked like he was sleeping. “Hyunwoooooooo” I said poking his cheek “What?” he opened one eye. He was pretty cute when he did that. I smiled. “You’re cute.” Spilled out of my mouth. “I think you’re cute too.” He said and pushed himself off the wall towards me. “Thank you.” He backed me against the opposite wall. “I’m really glad I came out today.” His face got closer and closer. I was in a panic mode. I wasn’t ready to kiss someone. I just wasn’t. Yea he was cute and funny but… this was too fast. I didn’t know what to do I was frozen. His lips were about to touch mine when someone coughed making Hyunwoo stop and pull back. I let out the breath I was holding and looked down for a second and then looked up to where the cough came from and my breath caught in my chest again. There standing looking at us was Mark.

Soooo what do you think Mark is going to do? Do you think he'll just ignore them and let her be kissed by another dude? Let me know if you want to be tagged or untagged.... 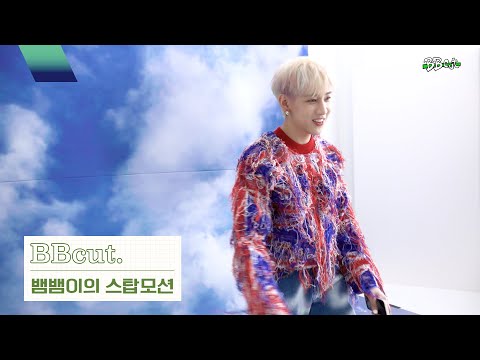