You take your time getting ready for the day, you convinced yourself in the shower that you're too old for this shit. People can and will think what they want and you can't control that. Now, if you can just convince yourself that it isn’t any of your business what people think, then you can't be hurt by it. Rolling your eyes at yourself in the mirror, you put Fire back in the past where she belongs and set about your day as Lauren, the author.

Without even saying anything to the other, Tong and Ae meet up in the hallway of the dorms, heading down to where you were staying. They both have major groveling to perform, better if not witnessed by the other, but unwilling to do anything more to damage your reputation. As they approach the door, they notice it isn't shut fully. Glancing at Ae, Tong raises his hand to knock but the door swings open. Housekeeping is vacuuming and doesn’t hear them enter. Housekeeping; they come around only once a week unless they are cleaning a vacant room from its previous owner. Understanding registers between them and they head toward the bedroom and bathroom as one. Ae checks all the cabinets in the bathroom, it doesn’t even look like it was occupied in the last month. Tong heads into the bedroom and flings open the closet and dresser drawers. Gone, all of it. Not a trace left that you had even been in occupancy. He heads towards the kitchen and opens the fridge. A now 11 pack of Diet Coke still remains; you left in a hurry and were obviously hurt enough to not even take what he knows is your major comfort food. He hangs his head in the doorway of the fridge when the vacuum stops and the maid sees them.

“Rooms not clean yet,” she rattles off in Korean. Ae and Tong thank her and walk out into the hallway to head upstairs. Mr. Kim had requested their presence first thing this morning; yet having lived with each other for the past 7 years, they knew the other wouldn’t set foot in the big man’s office until they had spoken with you. Now it seems that if they ever want to talk to you again, it would have to be with Mr. Kim’s assistance.

Tong had held out hope that you would still be there this morning. After failing last night to reach you through Skype, he was losing hope. The elevator ride is silent as each man is lost in his own thoughts.

Group practice for the next few days holds a faint awkwardness as the maknae, Reef continues to try to receive his elders forgiveness. He has asked whether they have been able to talk to you, if any one has an idea of where you might be or how he is supposed to apologize when you seem to have totally disappeared. Tong and Ae are wondering the same thing and can only counsel what Mr. Kim had told them; be prepared and apologize from the heart. Be a man, own up to it, and find a way to recompense the wrong.

After a week of unanswered Skype calls Tong approaches Mr. Kim to see if he will give him access to your cell phone number before he's due to leave town again. Mr. Kim simply sits there and stares at him for a good five minutes.

Why? What kind of question is that? He knows he’s been trying to reach you and that it is distracting him from his other commitments.

“Why?” He asks again, folding his arms over his chest and leaning back in his chair. “What are your intentions Tong? You seemed interested in at least having a friendship with her, I know the two of you started Skyping with each other in the evenings. It seemed that you might even want something more. Yet you so easily accused her and then let her be disrespected in front of you and all the others. So tell me, why?”

“Honestly sir, I can think of nothing else but her. It is beginning to interfere with my schedule and my sleep. I saw the pain and hurt in her eyes as she walked out of that room. It feels as though a piece of me was ripped out of my chest and went with her.”

He scrubs his hands down his face and looks pleadingly at his boss, then tries again.

“I’ve been in love with her for over 15 years. She was my inspiration to keep going when I was a trainee. She had a pull on me when I met her not a month ago, myself not realizing who it was I felt drawn to. If she would forgive me, I would like nothing more than to explore a friendship, definitely hoping it would lead into a lifetime of more.”

“I warned you; not two weeks ago, not to put yourself in a position to where I had to choose between the two of you. I won’t have her hurt again, a third time will not be allowed you understand?”

Tong nods his head in agreement.

“She won’t answer it, even if I were to give you her number. You could text, and while she probably won’t respond, she might at least read what you send. She doesn’t answer her phone to unknown numbers and frankly, right now the only one she will answer her phone for is my wife. I too am waiting for an opportunity to beg her forgiveness for allowing this to happen again. I'm afraid we are left to wait on her mercy.”

Tong swallows, realizing the truth in his words but not happy about it. He stands to leave as Mr. Kim slides a note across the desk.

“Try again, for both our sake."

Tong picks up the scrap of paper with your cell phone number, looks up with gratitude at his mentor and heads out the door. 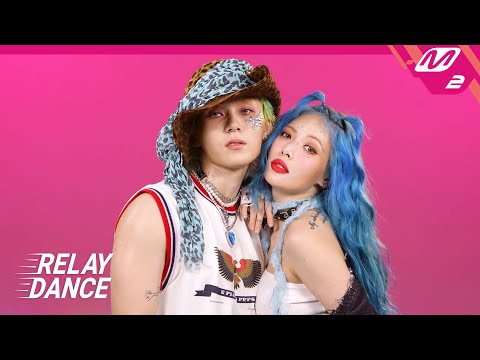