I was once again dragged out to a party I didn’t want to be a part of. This place was nice but I really didn’t do good at parties. Ever since my best friend ended her relationship with her boyfriend she has been going out a lot more and "Having fun" as she would put it. I was trying to find my way to the backyard, since I need to breath. I bumped into a few people and said sorry as I walked through it. This party would probably be better if Kai was here. I could handle it with him around. Lately he's been pulling back from me and I don't know why. I finally got outside. I walked down the steps to get to the grass. Once I hit the grass I looked at a neighboring fence and heard some dogs barking. I walked towards them, Since I love dogs this was something I did quite often. When I got close enough to the fence a smile broke out. I knew these dogs. They were Kai's. This night just got better. Did that mean Kai might be inside the party since he is neighbors with the person having the party. "Jjanggu, Monggu, Jjangah" I called out and they came to a halt in front of me. "Good puppies." I said reaching my hand through the fence to pet them. "What are you doing back here?" I heard his voice and smiled and turned around. "I didn't realize you'd be here, I didn’t even realize this was your neighbor's house." I said walking over to him and hugging him. "That doesn’t answer my question." He stated pulling my arms off of him. "I needed fresh air, I couldn’t be in there anymore." Why was he being like this to me. I turned back to pet his dogs, and to hide the tears that were threatening to fall any moment. I stayed like that for a while and I thought he had gone back inside because of how quiet it was. "(Y/n)" him saying my my name sent me in to a frenzy. I shot up and turned to him. "What did I do? Why are you pulling away from me?" I snapped "Reasons." "Do you want to break up? Is that it? You finally got sick of me after 6 months of dating?" He didn't say anything and just walked to the fence and jumped over it. He started petting his dogs. Was he going to avoid it now. I didn't think twice and I jumped over the fence as well and landed next to him. "(Y/N) you shouldn’t be here go back to the party." "No not until you tell me what is going on. If you want to break up with me here is your chance." Tears were spilling down but I was trying to stay composed. Thank god it wasn’t too bright out so he probably couldn’t see. He took a step away from his dogs and put a hand on my face. "Stop crying, I don't want to break up with you." "Then what is happening?" I asked and in a swift move he pulled me close and pressed his lips to mine. He quickly separated and put space between us. "Kai…." I whispered "I'm trying to control myself, I don't want to force you into anything." "Force me into what?" I asked taking a step closer to him. "Sex." He said and started walking away towards his house. Was he worried that I didn't want to have sex with him. Of course I wanted to have sex with him, Every time I tried to get something initiated he would quickly run away from me and he would try to avoid me, which is why we ended up here. I ran after him and grabbed his wrist before he could open the door. "I want to have sex with you." Wow that came out exactly like I wanted to say. He turned around with a shocked expression. "What?" "I have been ready for the last month but you just kept avoiding me every time I tried to let us go farther." "You were?" he asked looking at me "Kai, I'm giving you permission." And in an instant he had pulled me close to him and kissed me. " Yea, I'm hungry too, can I steal some food from you?" "Of course lets go." He held his hand out for him and I took it. I was still a little weak but I could handle walking finally. We walked back down to the kitchen, I wanted a bowl of cereal so he grabbed the box of cereal I wanted and I went for the bowl. The shirt definitely didn’t cover my butt when I lifted my arms up. He came behind me and grabbed the bowl out of my hand and I looked at him. He pressed his lips to mine. "I love seeing you in my shirt only." I blushed slightly All of a sudden the dogs were running into the kitchen. "Kai are you in here!" we looked at each other and before we could do anything Baekhyun walked in with Chanyeol. "Woah! Someone got lucky!" Baekhyun said and I tried to hide my legs by pulling down the shirt. Kai stepped in front of me. "What do you guys want?" He asked making sure they couldn’t see me. "We were wondering where you went, we were going to leave the party and wanted to say bye." Chanyeol said "Alright bye guys see you later." Kai said and I waved over his shoulder. "Bye." They laughed and said bye and left. "That was awkward." I said moving away from him. "You know what I realized just now?" he said turning to me. "What's that?" "I just hit the lotto!" he smiled I laughed and scrunched my nose. "I'm not really a lotto." "You are much better than the lotto." He leaned down and kissed my lips again. We pulled back. "We need to rest." I poured my cereal and started to eat it. "Expect a round 2 soon." He said into my ear as he wrapped his arms around my waist. "I'll look forward to it." If you want to be tagged or untagged let us know... Overdose Mod and Mod Squad@Tigerlily84 and@AimeeH@PrincessUnicorn@SarahVanDorn Exo Tag: @PrettieeEmm@MaggieHolm@amethystiperez@twistedPuppy@SugaOnTop@karinamiranda81@JaxomB@Sailynn@lilbr0wneyes@EliseB@CrystalBlunt@Emealia@SusiBosshammer@PancakesRios@TaliaMay14@AlyssaGelet818@bubblekookie@MaeLyn@netchtiBates@IsoldaPazo@SerenityThao@resavalencia@Kitty17@swarrier16@EmilyPeacock@KiinLyr@NathashaXavier@jimin21abs@ErinGregory@mrsjeon@BekiKunstman@AlexErica@heidichiesa@HeichousRegalia@DianaBell@Isolate@DaisyPhun@MiahCisneros@LmJSuper@pharmgirlerin@AraceliJimenez@KellyOConnor@tayunnie@unnieARMkeY@AubriPope@Starbell808@fallchild@MrsJungHoseok @ESwee@elainarenea@Xoxojessica12@ashleyemmert@selfishmachines@JasmineMartinez@EmilyPeacock@ashleyemmert@StefaniTre@BereniceMaqueda@ScarlettMermaid@Momina427@Kpossible4250@DinaEXO@ExoPlanetGirl@thedopeshow1994@sherrysahar@CrazyMaknae14@SarahHowlter@AlmaRangel@elainarenea@Vanro@nikkynoel@LaurenStrayhorn@KarenGuerra93@clandrea170@Baekyeol27@QueenLele@HeichousRegalia@FromBlue2U@aliahwhbmida@NadineEsquivel@zzzdonk@Anna5221@JeniseRamos@harmonico@firstladyofaomg@daljiyong@Xoxojessica12@DeniseNishikawa@KendraReeve@micahirene@Foxxyjinxx@CristinBarnes@maricela17mrn@JadeOwens@screamoparadise@SweetDuella@mrsax2018@Chace@AmberRelynn@TaylorPriddy@ParkHwaYoung@Amairani97@CamrynCherry@hayoungforever@jojojordy2324 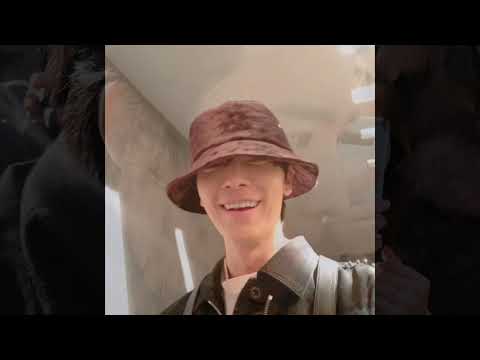