Okkkay! Its late at night making me feel little better for posting this oneshot. I was extremely nervous about posting this one because of it being complete smut. (blush hardcore) I needed smut writing and it kind of just happened. Soooo I'm gonna put up a few warnings before we get started! I saw him from across the room. It sound like one of those cheesy pick up lines but when my eyes landed on him I couldn't help the shiver that ran through my body and my nipples harden.

He was dressed in leather pants, tight enough that when he turned and I saw his ass it looked like you could bounce a quarter off it. His skin gleamed golden and those muscles of his were showing. He turned around again and I saw his abs. My mouth watered. He was all male.

"Miss are you going in?" The muscled bouncer at the door asked me. I turned my head to him and smiled.

"Yes" I smiled sweetly. The red lipstick on my lipa made my sweet smile look more devilish.

This was my first time coming to this kind of club. It was an escort club, the guys working here would be your companion for the night. I just needed to clear my head for a night, and nothing beat a one night stand, if I could get that lucky that is.

I wore my bear slinky black dress, plunging neck line, open back and came just past my thighs. My red heels matched my lipstick and my brown hair sparkled gold with the highlights in them.

I felt several people watching me, including the devil in leather pants.

I walked up to him and smiled.

He raised an eyebrow at me in question.

"Are you up for talking?" I asked, I wasn't to sure how to approach him.

I thought crap that came out wrong after I spoke.

"You want to talk?" He questioned.

"Hmm and drink" I added making him chuckle.

"How about a bottle?" He asked.

"Make it two?" I upped it. A grin crossed his face and I could feel my insides spark to life.

"What's your name sweetheart?" He asked as he guided me to a table.

"Via, how about you handsome?" I asked as I slide into the booth.

"Namjoon" he answered. "Via, very pretty, just like the woman it belongs too" he said.

We talked for an hour and finished one bottle and half of the second. I was fuzzy and my mind was blank, I had no worries or heavy decisions rolling through my brain.

"My shift is ending in a few minutes" Namjoon said.

"Awe, what a shame. I really like you" I hiccuped then laughed "I mean I've liked talking to you. My head is clear nothing to worry me or decide on" I amended.

A slow grin came across his face, I watched as his tongue flicked out of his mouth and dab at the corner of his mouth then he was biting his bottom lip.

"You trust me?" Namjoon asked.

"Then come with me somewhere when I get off?" He asked.

Namjoon took me to his apartment. It was very clean, almost bare. I was beginning to sober up a bit since we walked the whole way here, about a mile I would think.

He took my hand and brought me to his bedroom. I sat on the bed.

"I am going to ask you first" he said crouching down so he was level with me sitting on the bed.

"Ask away" I breathed out.

"I want to fuck you, hard," his eyes darkened as he said the last word. My core tightened and then released, my nipples hardened.

"No strings attached though" Namjoon added.

I couldn't speak so I nodded.

"Good. Now tell me I can do anything to you" he said.

Anything? What did he have in store?

"Yes, I make all the decisions you just obey" he nodded.

He was taking about being submissive to him. I fidgeted on the bed, my core was pulsing at the thought.

"Yes what?" He was biting his bottom lip again. He looked so sexy.

A slow smile crossed his lips as he stood up.

I watched as he undid his leather pants and pulled out his cock.

"Suck it" Namjoon said holding himself.

I inched closer until I wrapped my hand around his cock and when I did he let go. With a look at his face, seeing that he was watching me I took him into my mouth and teased his slit with my tounge. The more I did that the more I could feel him against me pulsing to life. His hand went to the back of my head guiding me to draw him in and out of my mouth, when his head fell back his Hand held me in place with his cock as far as it could go in my mouth. His hand there didn't stop me, but encouraged me to continue moving my tongue against him. I could feel his veins pulsing against my tongue.

"Stop" he said pulling me off him. He had a dark look in his eyes again and it made my pulse jump.

"I have a few toys to play with" Namjoon grinned at me. He stripped off his shirt before he took the lid off.

The first thing he pulled out was handcuffs.

He moved the box to the side and looked at me.

"I'm going to handcuff you to the bed Via" he  told me.

I just nodded as he started to crawl on the bed his body pressing against mine. I didn't even notice until he slid the metal around one of my wrist and then the next so my hands were cuffed to the posts. He then undid the tie at the back of my neck and the material fell away as he he pushed my dress down exposing my breasts, puckered and ready. He licked his lips and then took one into his mouth.

Oh did it feel good, my back arched up to push against his mouth. He spent several minutes licking and biting at them. When he  started working his way down my body I instinctively moved my hand to touch him, but my hand was cuffed and I couldn't. I could feel his chuckle against my belly.

"Ready for another toy are you?" Namjoon chuckled as he looked up at me. I groaned as I let my head plop down, then nodded.

"I felt him move away and come back. There was something cold that went between my legs and between my cheeks. My head went up and I looked down.

"What are you doing?" I asked.

He was prepping to put his cock in my ass. A shiver ran up my spine.

I've never done that before.

"No" I breathed out.

I had never and didn't think I ever was going to

"I'll make you enjoy it" I felt him smile against my skin. When his finger entered a gasp came out of me. He worked it until I was panting and feeling even more tingles in my pussy.

"Tell me you want something bigger" Namjoon urged me.

I nodded until I could get my voice to work.

"Yes. Namjoon put your cock in me" I panted, but he only chuckled.

"You begging for me makes me happy" he leaned up and pressed his lips to mine, his tongue playing with mine. He cupped my pussy with His palm as his fingers remained in me.

"But not yet" he said when he pulled away.

Instead of his cock he pulled out a butt plug and I felt its coldness as he slid it into me.

My body wiggled as it got accustomed to the feel then I felt his breath against my slip and he was licking me. The sensation made me moan and wiggle even more.

"I need to touch you Namjoon" I moaned out and I was close to coming. When he chuckled against my slit it sent a new wave of tingles, the vibration, oh how good that felt.

"Do it again. Please" I begged. He did so but then pulled away.

He positioned himself against me, I could feel his slick cock against my slit and then he was pushing in me, pumping in and out. Pushing me over the edge and I came. Namjoon didn't stop. He continued to pump in and out. I felt his body still and tighten before he groaned and came. I swivled my hips as I got a last few tingles remaining and moaned as I closed my eyes.

The metal on my wrists fell away, he had taken them off my wrists. I wanted to let them rest on the bes, but I also wanted to touch him. I wrapped my around around his shoulders and pulled his close to me, he was still in me and completely pressed to my body.

"Did you like the things I did to you?" He whispered into my ear.

I experienced new things and found I actually was okay with it.

After a moment he took himself out of me and pulled out the toy. namjoon took a rag and Wiped me up before he climbed back into bed and pulled me close snuggling as we fell asleep. 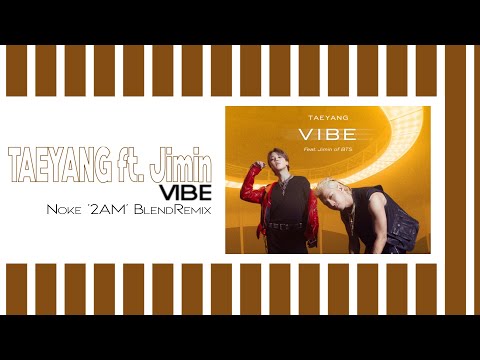