If you've been awake for the past week you know that BTS made history as the first Kpop group to take home a Billboard award. As a result, they've been all over Western media. They've been in Vogue, on CNN, literally front page news for many sites.

And that's f*cking FANTASTIC. BTS deserves the publicity and so much more.

But the problem is,

with no background info about Kpop One look at Psy is proof enough that K-pop acts tend to focus on crafting crazy-catchy tracks with an eye toward the Western mainstream, but BTS (an acronym for the Korean term “Bangtan Songyeondan” or “bulletproof boy scouts” in English) stand out as an anomaly among their peers. While other K-pop acts focus on songs about heartbreak and partying, BTS have connected with audiences by touching on topics such as mental health (2015 album track “Whalien 52” tackles loneliness), politics (see member Rap Monster’s collaboration with Wale titled “Change”) and even female empowerment (“21st Century Girl” has been performed on Korean television). All the while, the members have writing credits on nearly all their songs and are taking on more production roles with later releases – also a rarity in K-pop. The 2016 single “Save Me” has members Rap Monster, Suga and J-Hope all credited as lyricists and producers.

[This passage is an example of] the stereotypical reliance on citing PSY as some kind of CRAZY ASIAN dumbfuck clown that proves K-pop is just stupid shit compared to the great socially conscious and wise masters of BTS. Like I get that his dance tracks are what people know and he definitely loves to make people happy with his music, but even a cursory glance at his past would reveal his protest actions and songs like “Father” and “We Are The One“.

Discrediting PSY cause of his dance tracks would be as silly as discrediting BTS because their mainstream successes are owed to tracks like “I Need U” and “Fire“, ironically two songs that match well with why the article says the rest of K-pop is apparently worthy to be dismissed as sameness. Weird.

Basically, people are now writing about Kpop as if they understand the industry, but they really really don't. BTS won Billboard award and is supposed to help other Kpop artists break into the American market, but if people continue to say that BTS is 'one of a kind' and unlike other Kpop groups, that's not going to help any body.

I hope that Western media changes its tune and realizes that while yes, BTS kicked ass, makes incredible music, and is one of the biggest groups right now in Kpop, there are so many other incredible artists waiting to be discovered by the rest of the world.

I'm so thankful for BTS for paving the way, but the media needs to get their act together.

I have seen quite a few interviews that have been great though, so at least its not everyone!

The whole point was always that BTS don’t need to be gassed up by the West with this type of bullshit for them to matter, because with or without them they’re still globally popular and dominating, and the fact that they can be used like this by journalists is testament to that. They need them and you, not the other way around. 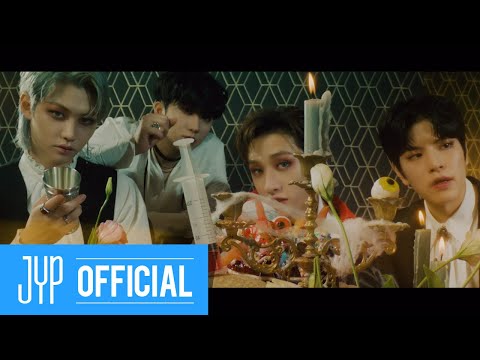