Hi hi its panda here, I'm so sorry its taken me so long to update. writtera block hit like a biych and killed me, but I resesitated and came back. lol Only took a month, wayyyy to long and I'm sry about that.

To make up for it I have an extra long one for you to read! I spent the next 3 days in a rotation of doing baking and while it baked did homework, than would go see Ester who would keep me there until mathew was home than we would come back to my house I was staying at. It wasn't all about sex, we talked and watches movies together too. Mathew spoke a lot about the members of his group and the company. Funny stories to nightmare of days. I found he was more sensitive but had to put on a face as to not make it look like it offended him.  In 3 days I learned more about this guy than I did about some of my friends which was saying a lot since my farthest friend I knew was in Korea and I'd known her for 3 years and have visited her once a year.

I was really starting to become attached to him.  So when my parents came home at the end of the week and mathew had his plan ticket and was packing to head back . . . I knew it was coming but it still hurt like shit.

“I really wish I didn't get so damn attached. What happened to it just being a fling” I was talking to the dog. The last night I was alone. She was laying in my lap as I rubbed her ears and whined about how I got to attached to a guy.

“That's it kookoo, I'm gonna take the job in Arizona by my friend Jackie and be there for a month. find myself, no scratch that, no guys I'm flying solo and just hanging out with my friend” I said out loud.  I had gotten the call yesterday and was waiting to agree, now, I would.

Monday came and ester had asked me to take Mathew to the airport and make sure he got there safely, since I had made up my mind and got a ticket to Arizona I would be going anyway, but his flight was noon where mine was at 4.  I'd have to be at the airport for a while.

“Where are you going? Mathew asked getting in the car. He saw my bags in the back seat. “Are you coming with me?” Mathew’s voice raised a pitch.

I saw his face crinkle in confusion, his eyes light up, the dim and droop. I don't know what just went through his mind in the past 30 seconds but ending result didn't look so good.

“No. I'm headed to Arizona” I told him. A look of relief crossed his face.

“Yes, I'll be there for a month watching 2 dogs. I have a friend there so I'll know someone” I said. “What just went through you head? You didn't look to happy If I went to Seoul with you” I stated.

“Well, I would like it, but I don't want fans to see you and attack. Fans can go crazy sometimes, especially at airports” he said.

“All about your fans?” I cocked an eyebrow. “ well that and I'm not allowed to date” he added.

“Really?” I busted out laughing.

“They have strict rules for a lot of things” Mathew said.

He spent a while telling me about them and what it was like to work as an idol.

“I gotta say, it doesn't sound like a lot of fun on your end” I told him.

“It has a lot of good moments” he shrugged than told me about some of those things and the feelings he had about performing on stage. He talked the entire time and when we reached the airport it was hard to let him go off like that. My mind just had to pop in with the thought of this wasn’t just a fling, I had real long term emotions for this man.

“I guess it is” I said sullenly. He looked around before he leaned down and kissed me. His face was still close so I got to see his smiling face.

“I just needed that before I left you” He said

“Thanks for the parting gift” I smiled at him.

“Goodbye Kia” He was pulling away from me and I had to stop myself from leaning towards him. I watched as he went into the airport and disappeared from my life. I was out on a walk with the dog and my friend Antonia in Arizona. It was the end of my time watching the dogs here, another day and the owners would be home. The dogs were great company and helped with keeping me calm and collected.

“So Kia whats your next step going to be? Settling down in your own home?” Antonia asked me.

“That should be what happens shouldn’t it” I sighed.

“Well where are you thinking of going to do that?” she asked. “You could stay here and get an apartment close to me” She nudged my arm with a smile on her face making me chuckle.

“Duh, I love having my friends close by, its hard enough to have you wandering the world and barely communicating with me, with you here I could see you all the time and help you with the little one coming” Antonia said.

“That’s a really nice thought” I smiled touching my stomach. I found out shortly after being here that I was pregnant and I knew exactly whose it was, but I was keeping that to myself.

“You can stay with me until you have a place. You still have a few months before your due” She said.

“Thanks for the offer. I might be taking you up on that” I nodded.

“Soo” she drew the word out and I knew what she was going to ask next. I kept my mouth shut waiting for her to ask instead of offering the answer.

“Are you going to tell the man?” she asked.

“I honestly don’t know if I should” I said after much hesitation. She made a sound of exasperation.

“Well its not like he’ll be willing to be the father” I said.

“Thats horse shit and you know it.” She grunted.

“No, he has a life, like a really good life and having a child would ruin that” I told her.

“Fine, keep your secrets but can you at least tell me where he lives? Maybe move close to him” she offered making me scuff at the idea.

“Yea because doing that would just make it a much easier chance that he finds out I’m with child” I said. “No, it’s a good thing that he was on vacation and went back to his home country” I told her.

“Country??” She exclaimed. “He’s a foreigner. Oh my gosh don’t tell me you hooked up with a scot like you always dreamed of” She was excited which made me laugh.

“No, he was korean. Totally different” I told her.

“Wow, would not have seen that one” she said.

“Really?” I gave her a blank look.

“Well duh, you love your romance books that has all those highlanders in them” she reminded me.

“Oh yea, well I also listen to a lot of kpop and see those music video’s, those men a freaking hot! With an exclamation mark” I told her.

“And now I see it how you would go for any guy who is good looking” she laughed.

“Let’s stop talking about my type. I’ve got to think about where I’m going to live now” I told her.

“Alright, let’s talk about that than” she sighed.

Antonia offered her spare room at her apartment once more as we came up with where I was going to stay. It was just for sure I wasn’t going back to my parents. I also realized I probably need a different job if I was to have a stable situation.

Over the next month I found an apartment of my own to move into, a two bedroom place and got myself a job at a travel agency. With my experience of going to so many states and countries it was a good fit. My life was going good, like really good and when I had my little girl I named her Madeline, She was a gorgeous little girl with shocking black hair atop her head. I loved her like crazy. Now for a heads up there will be 1 more chapter after this. 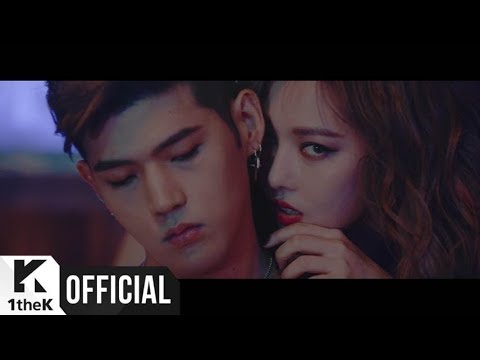