You closed the door after the last student before you left. You locked it behind you and turned around to see Seonghwa looking at you with raised eyebrows.

"What are you thinking?" He said.

"It's cold Lee-nim," you sauntered your way over to his desk. "Can you help warm me up?"

He looked at what you were wearing, a lavender turtleneck sweater and a short black skirt with thigh highs. You made it to him, gripping the hem of your short skirt while you nibbled your bottom lip. Your eyes were dangerous, filled with lust and the allure of a succubus. Seonghwa smiled and said,

"Maybe you'd be warmer if you actually covered up."

"Well I can't help that right now," you came closer placing a hand on his covered member, rubbing it gently like you were summoning a genie from its bottle. You came to his ear,

"Don't you want to help your student?" You whispered in a deliciously salacious tone.

Seonghwa smirked and extended his hand towards his desk,

You grinned even more and sat on top of his desk; he sat in front of you and you opened your legs giving him full view of your naked womanhood. He grinned,

"No panties, looks like someone came prepared for an ambush."

"Yes." You grinned like a child that had been offered their favorite candy.

Seonghwa gave you a dark smirk,

"Get it nice and wet so it'll slide in easy." He instructed.

You licked the toy as if it was his own phallus. Your tongue circled around it and then your mouth took it in. You hummed on the toy like you would if you were giving him head. He moved the toy in and out of your mouth slowly, his pupils widening up as he watched. You kicked off a shoe so you could use your foot to tease his dick. You watched him lick his lips, he was so turned on and your core was already moist. You rubbed his covered swollen rod with your foot as you stopped his hand to pull the toy away.

He smirked as you lifted your skirt opening your folds so he had a perfect view of your entrance. Seonghwa used the toy to travel around you hole before he slid it inside of you. You opened your legs wider so he had a better view when he turned on the toy. The vibrations were low making you roll your body on the desk in desire. Your eyes resonated lust as you stared at him. He freed his engorged member and started to run his hand along his shaft.

"I love watching you." He confessed.

Your foot reached for his exposed cock and he moved his hand to allow you to run it up and down his shaft. The sheer material of your thigh thighs were soft and it only made him groan deeply as you teased him. Precum dripped from his tip and you used your foot to spread it a little more. You licked your lips, still rolling your hips, fantasizing about him being inside you with the very cock you teased. He turned up the speed making you moan a little louder. You shook and bit your lip, your legs trembled as you gripped the edge of the desk trying not to raise your voice. Your eyes rolled back in the heat of pleasure but snapped open when you felt his thumb touch your clit. He made circles on the sensitive nub which was impressive to you because he was stroking himself as well.

He turned on the toy to its highest setting making your body tighten. You covered your mouth and moaned into it as he stimulated your clit. Your pussy dripped on his desk but that only made his smile grow darker. He licked his lips,

"You act so innocent sometimes, no one should guess you're this lewd."

He chuckled and moved his seat closer to the desk. He held your legs open a little more and took a long lick across your soaking folds. He hummed approvingly and licked his lips with a huge smile.

"So wet, you're spilling over." He said.

You whimpered as you looked down at him. He stood up from the chair and towered over your body until you laid back on the desk with your head hanging over the edge. You played with your clothed breast while Seonghwa gawked at your soaking core. His eyes were devilish, almost scheming, his enlarged phallus continued to throb in his hand, threatening to burst. Each moan and whine you made turned him on more. He leaned forward and used the tip of his tongue to flick back and forth on your clit, swollen and sensitive as it was. You reached up to touch his hair.

He looked up at you, his eyes exuding his darkest desires, pupils blown to their extent, a predatory look that seemed to draw you in even more resonated from those dark eyes while he continued to flick at your little bean. An unspoken warning that you had to stay quiet when you climaxed came between you two when you heard students passing the door from outside. The fear of getting caught deeply thrilled you so much you were reaching the height of ecstasy. Seonghwa started to pump the toy in and out of you adding to your immense high that eventually broke you. You covered your mouth with your hands coming hard around your toy, quaking on the desk so hard that it shook. Your hand shot down to your pussy as soon as he turned off the toy. You reveled in the feeling of your climax, feeling so high, it left you in a daze.

Seonghwa had taken the opportunity to take a picture of you on top of his desk looking like a mess. He chuckled while he looked at you, jerking himself off faster. He took the toy and placed it in your mouth.

"Let me see you clean it off." He said

His voice was so dark and fucked out he didn't even sound like himself anymore. His hand moved up and down his shaft faster, the sound of slimy skin assaulted your ears. You sat up to look him in the eyes, you let him watch as your tongue wrapped around your toy phallus, taking long lingering licks up the fake shaft and circling around the tip of it. Seonghwa grunted while he watched you, it was sexy watching him, the same was true for him. You could tell his body was wishing you were doing that to him, long languid strokes with your tongue, your mouth engulfing him until he hit the back of your throat. He gave one final grunt signaling his climax. He spilled over his hand making a mess but he smiled as he did. You both cleaned yourselves up before you got off his desk.

"Thanks Lee-nim." You cooed with a dangerously seductive voice.

He chuckled while cleaning up the mess you made on his desk.

"Any time. I'll enjoy looking at this picture of you tonight." He said.

You laughed while you sauntered away.

You had reached the door, unlocked it and looked back at him. You smiled and he said,

"You may want to start covering up, it's getting a little frosty outside."

You opened the door and took one final glance at him to say, KISS News: Chen from EXO Announcement of Marriage and being a Baby Daddy? OMFG
BTSMicDrop
5
3
4 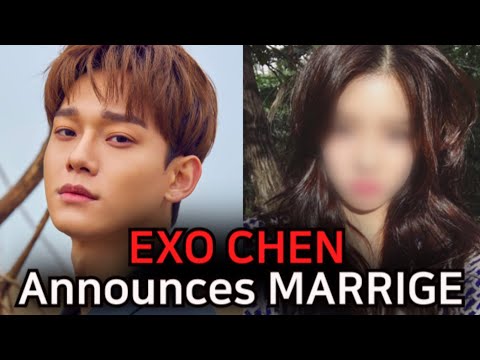