Our character's do get a happy ending because they all live but at the same time it's sad. Hyeongju is successfully able to return to the past and reset which means all of our characters who previously died (killed off by our resident serial killer whom I won't name for spoiler reasons) are alive again. This includes Hyeongju's new best friend Gahyeon, however, because she did not reset as well she no longer remembers what happened in the previous reset (for those who have not seen this drama the reset is only going into the past year but only those who went through the reset remember the future they've already lived through.) So, because Gahyeon who died in the previous reset and therefore was unable to go through the reset with Hyeongju no longer remembers the process in which her and Hyeongju became friends. In the ending of Circle we find that Woojin our main character died in the past and has been replaced by a clone. His twin brother cannot accept this at first but later comes to terms with it. So, while we do not get a happy ending for the real Woojin there is still some peace and happiness because his clone remains in his place. Sadly for Minister Park we do not get to see his character learn to move past his flaws and he dies this way. Depending on how invested in the characters you were you could also find this drama's ending to be tragic. In this drama's ending we find out our loveable character Eunho is the serial killer we've been searching for the entire drama. The part that makes this drama's ending so bittersweet is that it's really hard to hate or dislike Eunho. He was abused as a child and still holds a child-like mentality but because of all that he has endured he's took it upon himself to kill those who abuse children because he was abused himself. Sadly he is shot to death by our main lead Jihyun because Eunho was trying to kill our female lead Wookyung whom had been in an abusive childhood home herself. Eunho was stuck in an unhealthy mentality thinking that in order to be happy she needed to die, almost like he was doing her a service by killing her. Though in the end we do see the serial killer being caught we also lose Lee Eunho, someone who while yes is a murderer is also someone very innocent. Eunho also was never given the proper treatment he needed, I think had someone tried to help him long before he reached his breaking point he could've been saved. Again like above it kind of depends on how invested you were in the characters. I know a lot of people favored Sunghoon over Sungjoon. (For those who did not watch this drama here is a little back story: Sunghoon and Sungjoon are twin clones of a doctor who died in the past named Dr. Yongseop. Sungjoon is the good clone, while Sunghoon was the bad one of the two.) In our bittersweet ending we sadly have to say goodbye to Sunghoon, whom was bad the entire series but in the end he was bad for a good reason (like Eunho above) though this doesn't necessarily give him a pass to kill people. Unlike Eunho who didn't get the chance to, Sunghoon rights his wrong by killing the main bad guy which helps Sungjoon and the others out tremendously. It was sad that Sunghoon had to die to get us a happy ending though! There are three different possible endings to Extracurricular and each one of them leaves you with a bittersweet taste in your mouth. First we will start with Ending #1, at the end of the drama after being stabbed by Kitae, Jisoo and Gyuri rush off to the stairwell where Jisoo falls and tells Gyuri she should go on without him, however Gyuri does not want to leave him. In the first ending scenario when the female officer finds the spot in the stairwell where Jisoo and Gyuri were neither of them were there. This ending alludes to both Jisoo and Gyuri living and avoiding jail. Which means that yes they do both live and escape but they do not pay for the crimes in which they've committed. So, while being probably the most favored ending it still leaves you with the sadness that they will always have to be on the run and will probably never have a normal life. Ending #2, the female officer arrives in the stairwell only to find Jisoo there, meaning that Jisoo decided to turn himself in but Gyuri decided against this and left him there. This ending while partially being happy is still sad because Gyuri's character did not grow, she did not stick with Jisoo, she remained all about herself and did not pay for the crimes she committed unlike Jisoo would. Ending #3, the female officer arrives and both Jisoo and Gyuri remain. While this is also not an entirely happy ending since the both of them would be headed to jail, they are still paying for their crimes and may some day be released from jail to live a better life. In this drama our main leads get to meet again as extra characters in a new manhwa and are able to remember what happened in the previous manhwa. However, us as viewers are left with a bittersweet feeling knowing that our main couple will forever be stuck in a repeating cycle of manhwas and in future manhwas risk the chance of not being drawn by the writer or erased entirely.

[Remember: War of the Son] Our main leads do not get a happy ending as a couple because our male lead suffers from Alzheimer's. But his father is cleared of his crime and the real killer is behind bars so nonetheless the ending we are given is still a happy one. In this drama our male lead Haesung is given a second chance to live and appears before his family and Jungwon, the girl he loves once again however, he's still stuck in his teenage body while everyone else has aged 12 years. Thoroughout the drama we slowly realize that Haesung is disappearing again but he's brought his estranged family back together again. Though we lost our male lead again we can rest assured that his family and Jungwon are in good hands now. 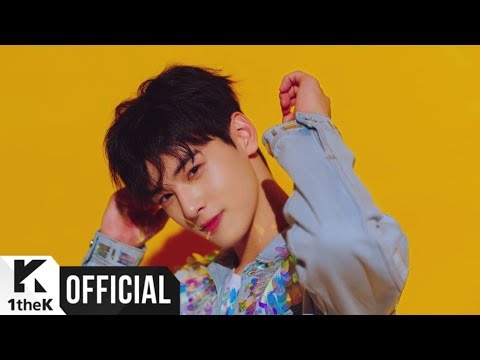