The first Akira Back restaurant in Indonesia launched operations in early May but the behind-the-scenes story actually began last year, when Indonesian movie producer Manoj Punjabi met chef Akira Back in the US' gambling mecca of Las Vegas. Manoj, who recently built the country's latest iconic building, MD Place at Jl. Setiabudi Selatan No. 7 in South Jakarta, wanted the well-known chef behind Las Vegas' Kumi Japanese Restaurant + Bar at Mandalay Bay and the famed Yellowtail Japanese Restaurant & Lounge at the Bellagio Resort & Casino to open a restaurant in the property. Fortunately, chef Back, who opened his own Akira Back restaurant in New Delhi, India, late last year, agreed to introduce one in Jakarta. “Seventy percent of the dishes at the Akira Back restaurant in Jakarta are new creations from Las Vegas' Yellowtail restaurant that have been adapted to the Indonesian palate,” Manoj said. Renowned for bringing a sense of adventure and boundless creativity to his culinary creations, Korean-born chef Back spent his early years as a professional snowboarder in Colorado, where he was raised, before taking turning his attention to the kitchen and decided to pursue a full-time career in cooking. Since opening the Yellowtail Restaurant & Lounge in 2008, chef Back has been named “Best Chef in Las Vegas” by the Las Vegas Weekly and has had extensive broadcast exposure, appearing on the Food Network’s Iron Chef America and Best Thing I Ever Ate, NBC’s The Today Show and the Cooking Channel’s United Tastes of America. So, what's so special about the Akira Back Restaurant in Jakarta? Upon entering the restaurant, you are immediately welcomed by its inviting space and relaxing atmosphere. The establishment has a modern design, which exudes warmth and flair with a clean, minimalistic aesthetic. As for the food, the restaurant focuses on cultural merging: mixing flavors and tastes from Japan and Korea with a variety of other cuisines in an exotic fashion. Chef Back's fame for creating inventive and mouth-watering dishes that embody classic Japanese cuisine is immediately apparent in the restaurant's choice of appetizers that include Akira Back's thin and crispy tuna pizza, which mixes the flavor of Japanese tuna sashimi on top of an Italian thin and crispy pizza with shiso leaf. To enrich the flavor and aroma, truffle oil and ponzu mayonnaise are added to this dish. Priced at Rp 145,000 (US$12.47), this dish is a good entré to a lovely dinner. Sushi lovers should definitely try the innovative crispy rice: blackened tuna with crispy Japanese rice served sushi-style. Priced at Rp 120,000, you can enjoy this sushi with nori paste and spicy ponzo aioli. Salmon yuzu (priced at Rp 125,000), a salmon sashimi served with the Mexican spice, is also a must-try. Its sashimi look becomes more red with minced jalapeno chili on top. The yuzu lemon gives a hint of sourness to the overall flavor of this dish. As for drinks, the Akira Back restaurant offers a number of signature cocktails. If you're after a sweet and sour flavor in one glass, you'll love the Chow Thyme, which mixes elderflower liqueur, Akira's homemade limoncello and homemade thyme syrup and is served with Fuji apple. The Chow Thyme costs Rp 120,000. The restaurant's entire menu is composed of a dynamic combination of small plates offering hot and cold choices, as well as a myriad of fresh seafood from around the world, organic meats and local produce. Somewhat unusual beverages are also available, such as Blackcherry Brumble (Rp 95,000) for those longing for a strong flavor and an alcoholic kick. It is a mix of blackcherry, kurant vodka, black raspberry liqueur, rosemary cherry and homemade syrup to give it its sweet taste. Another refreshing drink is the Lychee Lush Lemongrass (Rp 95,000), which has the flavor of lychee, starfruit and lemongrass juices mixed with vodka infused starfruit, lychee liqueur, passion syrup, orange juice and ginger ale. 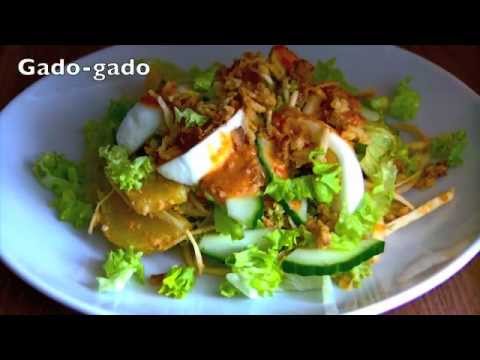 How Do I Make Reservations On Brussels Airlines?
jhoncarter
1
0
0
What are the basic tips for taking good photographs?
Robert21
1
0
1