In a recent interview with Noonchi, Big Bang's Taeyang revealed some pretty intimate thoughts about love and life that he has never shared before. Here are 5 romantic, and bromantic, things we learned about Taeyang on the day of the release of his new album, Rise. But before we get to the details, let's set the mood by listening to his new, incredibly soulful ballad released today, "Eyes, Nose, Lips." Ok, dry your eyes and get your feels in check so we can get to the good stuff: 1. Taeyang may never get over his first love. When asked what was the worst breakup he's ever had, he responded, "My first love. This is before my debut. I think that feeling still lingers. Even now, when I’m sick, or in pain, or tired, I still see her in my dream. It’s a long story of how we broke up. It’s not that I can’t let her goI still think about her, and I'm not sure if I could meet someone like her, again. I'll probably get older, and eventually marry someone. Actually, I don't even know if I want to. Even if I have a girlfriend, I think the person I truly love will always be my first love. I can tell you." 2. Taeyang's first musician crush was Michael Jackson. When asked about how he first got into music, Taeyang said, "...I loved Michael Jackson. I remember the first time he came to Korea. I started to like him not because of his music, but because of his stage presence. I remember seeing him dance and thinking, 'Man, I wish I could do that.' I would watch Michael Jackson on television and imitate his moves." 3. Taeyang is a feeler, not a thinker. When he was asked about his approach to relationships, he explained, "Whether it's music, tattoo, clothes, girls, it's all about the feeling. I know it once I see it. I don't need to have a conversation; I just know it when she passes by. I think to myself, 'I need to meet someone like her.' I've already come across three people like that. I slipped on all three. Hopefully, next time." Eleven stars. One House. Endless possibilities. Watch the new reality TV show Roommate. 4. Taeyang always puts his bros first. When asked about his decision to continue working with Big Bang rather than having the freedom to go completely solo, he said, "In 2011, seeing GD and Daesung going through their troubles I was directly moved by it. I realized that I was too concerned about myself. Seeing them going through those things made me realize the most important thing for me is the people I love. Without them, it doesn't matter if I do the music I like, I wouldn’t be as happy. Right before the incidents, I had these worries like, 'I have an image as an artist, but being a part of Big Bang limits me.' That became trivial after I realized how crucial other members were to my life. I was too concerned with what other people thought and expected from me. And as a result, being around other members just created this breach. But in reality, when I'm actually me, I enjoy every part about being a member of Big Bang. All types of worries like, 'I need to be a progressive R&B artist in Korea' were just personal wishes." 5. Taeyang wishes he could share his love with fans by giving everyone free mix tapes. When asked if he has ever thought about putting out a mixtape of his songs that aren't published by his label, Taeyang exclaimed, "Oh, I would love to do that! I’ve been wanting to do that since 2011. But it's the same story. I constantly work on new material because I love to do it, without a guarantee those records will end up on the album. Many times, there's a bigger likelihood the song I like won't make it to the final cut. Producers that work with me would praise those records, but since the label is putting out the album, I don't have the ultimate say. I feel like that's everywhere though. If I just did what I want to do, I would compile the songs I like, make a mixtape, and put it out for free online." 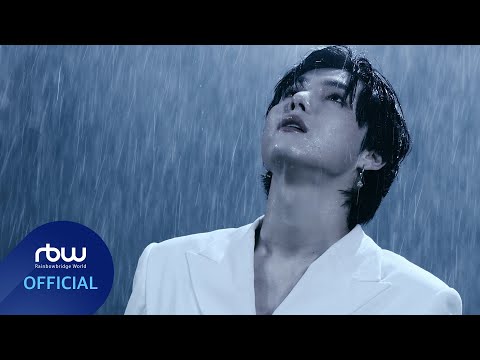