COVID-19 Impact on Drone Taxi in Semiconductors and Electronics Industry

The spread of COVID-19 has entirely changed people’s life. COVID-19 originated in the city of Wuhan, China, in 2019 and has been continuously spreading all over the world since then. It has been spread to more than 180 countries. The U.S. tops the list, followed by India, Brazil, U.K., and others. As of 16 August 2021 WHO reported 226.24 million positive cases worldwide of which 4.65 million patient has lost their life to the virus. On a positive note, 204.59 million patients have recovered, and 5.63 billion doses have been administrated globally. The pandemic has put the lockdown, travel ban, and business shutdown in most countries, highly impacting the global economy. Due to the pandemic, major industries faced serious disruption such as a break in the supply chain, shut down offices and manufacturing units, and many more.

The impact of the COVID-19 pandemic has been unprecedented on a global level. It has greatly affected the aviation industry. The drone taxi market is still in its formative stages; hence, it relies on a shared flight model to make the economics work. After COVID-19, the drone taxi industry has experienced an impressive growth trajectory. Due to the increase in road traffic, the demand for drone taxis has risen tremendously.

STRATEGIC DECISION BY MANUFACTURERS AND GOVERNMENT INITIATIVES AFTER COVID-19

· Tecnalia, a Spanish company as launched its first Spanish uncrewed air taxi. The air taxi can carry up to 150 kilograms and travel in approximately 15 minutes urban distances of up to 15 km at around 90 km/h alternating between 100 and 300 meters. The vehicle consists of an aerodynamic cabin of 1.8 by 2 meters with a door and window and four drones placed in the upper and lower part of the ship. Thus the company has come up with the new air taxi which can provide customers with similar experience to that of a car or a bus

By looking into the rising demand for drone taxis, the government is also taking different initiatives to boost the market's growth.

· In December 2020, according to Intelligent Transport, The General Office of the State Council of China issued a circular to develop urban air mobility (UAM). The letter urges the development of policies and standards which will regulate the industry and encourage progress. The State Council’s circular also highlighted the potential application of firefighting UAVs. Thus the government is supporting in innovation and applications of our UAM technologies, specifically for aerial firefighting

· In December 2020, according to Simple Flying, Boeing, a leading company to develop electric air taxis, came up with its flying taxi. The company has developed an autonomous, multi-rotor passenger air vehicle (PAV) in the Boeing NeXt urban air mobility program. PAV is an electric vertical takeoff and landing (eVTOL) aircraft designed to lead the next generation of on-demand mobility. Thus the company has brought electric air taxis which is safe and reliable for their customers

Most of the electronic component manufacturing companies are from the Asia-Pacific region. Still, due to the corona outbreak, these companies were shut down, leading to a shortage of raw materials. Also, the restriction on transportation hampers the growth of the market.

Post-COVID, the demand for aviation transportation has tremendously increased, leading to the growth of the market. An increase in the population has led to an increase in traffic on roads, so the demand for drone taxis is increasing to save time on road traffic. The programs live urban air mobility has also raised the demand for drone taxis. Also due to the advancement in technology the customers can have safe and reliable travel in less time than the road transport has risen its demand in the market.

Thus we can observe that the demand for drone taxis is increasing, and manufacturing companies and governments are making different decisions to expand the market. How to Use Calculators for free?
muzammilgenius
1
0
0
Join Pi Network the Largest Decentralize Crypto Community
Cryptoeyes
3
0
1 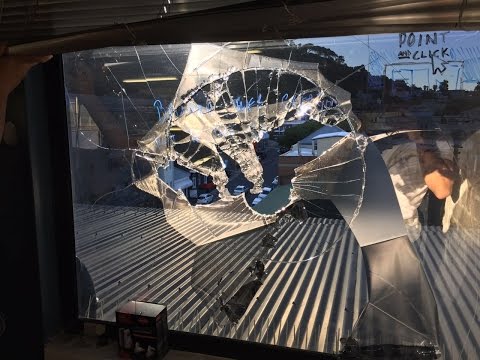 How COVID-19 Impacted on Compostable Packaging in Materials and Packaging Industry ?
victory7493
1
0
0