Demarco had another huge game against the Bears, rushing 32 times for 179 yards and one touchdown in Dallas' 41-28, Week 14 win, adding nine catches for an additional 49 yards. That is a total of 41 touches... Demarco has rushed 320 times and if you also add in his receptions he has 373 total touches and theres still 3 weeks left in the season. He is getting closer and closer to that sacred 400 touches mark where history has shown that running backs simply aren't the same the following year. What do you guys think about this workload? Did the Cowboys have to use him so much after they put up that huge lead today? It seemed like they should have given Dunbar and Randle some more carries that would have given them experience for the playoffs. However the Bears did storm back in the 2nd half and without running the ball and killing the clock the game could have turned. Do you support the Cowboys gameplan of just handing the ball off? 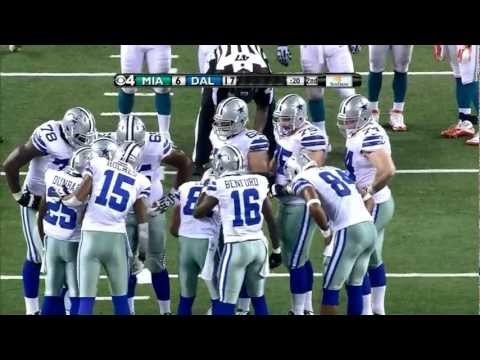 Phillip Tanner with the Dallas Cowboy's First Touchdown of the Pre-season!
EightyNine
15
0
0