The Toffees will see the return of striker Romelu Lakaku after almost a month on the sideline with a hamstring injury. Lee Osman is a doubt for Everton while Bryan Ovideo and Aiden McGeady are expected to sit out. Burnley boss Sean Dyche is without the services of Kevin Long and Dean Murray, but another pair of players in Steven Reid and Ross Wallace are expected to be fit for the fixture. Burnley ended a run of 8 games against the top 8 clubs in the league with their 1-0 loss to Arsenal last weekend. The run saw them put in good performances but not good enough to take away a host of points, but with a win over Manchester City the Clarets managed 5 points out of the 8 games to keep their hopes of survival alive. If results go their way this weekend, Burnley could climb out of the relegation zone and into 16th or 17th with just 5 games to play.

Burnley have only won 1 game away from home this season at Stoke back in November and their 6 points in their last 11 games is worst in the league over that span of time. George Boyd’s goal in their 1-0 win over Man City was the last one Burnley scored and since then they have gone almost 5 hours without scoring. Burnley’s 0-0 draw in September at Selhurst Park is the Clarets’ only clean sheet on the road this season and the 29 first half goals that Burnley have conceded is the worst in the league. Burnley are also the only side yet to win a game against the bottom half of the table. Striker Danny Ings is out of form as well, having failed to score in Burnley’s last 7 Premier League matches. Burnley’s last league victory at Goodison Park came back in 1976, their only win in their last 12 attempts.

Everton are looking to match their current season best 5-straight unbeaten with a win or draw this weekend. Their previous 4 games has seen 3 wins, with the 1-1 draw against Swansea the only blemish. Everton are also unbeaten in 2015 at home, a feat only matched by the current top 2 Chelsea and Arsenal. Everton also boast 4 clean sheets in their last 6 games at Goodison Park.

Prediction: I think Burnley will come out firing but Everton are too good to be beaten at home. The goal drought for Burnley should end. 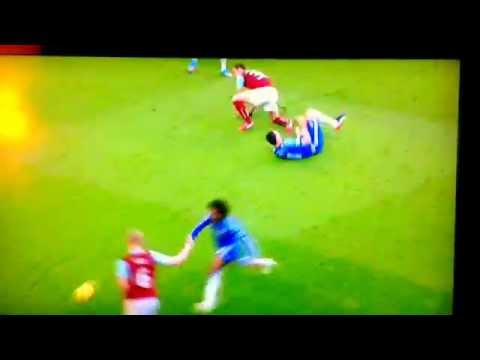