In the north of Brazil, in the depth and murks of the Amazon rainforest, there are creatures and people who live unseen and unchecked by the rest of the world. It is the last place where magic exists in our world, though with every passing year, the magic wanes with the felling of the forest.

Deep within the center of the forest, at a broad channel where the river bends, under the surface of the dark waters exists one of the last vesitges of the world's river fairies, arguably the most potent of magical beings in the known (and unknown) world. The fairies are a fickle people, prone to highly-charged emotional outburts, those these are short-lived. They have little time for dwelling on things. Mostly they frolic in the forest, collecting raindrops and pulling micheivous pranks on one another. The raindrops they make into precious jewels, which they then hoard in their dwelling. For fairies are succumb to avarice more than any other being on this green Earth.

One bright, sunny day, where the water in the air felt as thick as the river herself, the fairies rested on broad leaves in the shade, resting their wings and seeking comfort from the relentless, drowsy heat. They were chittering betwixt themselves happily, if tiredly, when a great raucous broke their idle reverie.

Something was crashing gracelessly through the trees.

Instantly, the fairies were alert, and scattered into high branches and leafy bushes, hiding from the intruder. It wasn't often that strangers came upon this particular stretch of land. In fact, powerful magics were cast around a wide radius to prevent such a thing from happening. You can understand why the fairies were so perplexed. It is not in their nature to feel fear - instead, they experience a tentative curiosity about the unknown.

As they watched the crashing leaves and heard an arrhythmic crunching of fallen branches and leaves, the fairies' curiosity only grew. Just before it was too much to bear, a young, earthy-colored girl burst forth from the breach of bushes and stumbled down to the riverbank. The fairies were almost bursting with the desire to find out what brought the girl into their midst, and how it had come to pass. They all snuck closer so as to better determine these issues.

The girl, for her part, was quite distraught. She was scratched up on every side, and there was a burning pain in her left foot. She was scared, more scared than she had yet been in her short life. She had not wound up in this strange part of the rainforest intentionally, no. She had only chanced upon it in her desperate flight from her village. Men had come to it under the guise of missionairies, deceiving the village leaders and requesting an initial tribute of their youngest daughters as payment for their blessings. She had barely escaped the clutches of one older man's gnarled, pale, clawing grasp. Now she was lost, and alone, and sure that her village was faring no better. So she wept. She wept until she was too tired to do anything more than sleep, so she tucked herself away under the shade of a tall tree and fell quickly into a deep, dreamless slumber.

As the young girl fell asleep, the fairies were just about overcome with curiosity, and deemed that it was beyond time that they satisfied their need to know about this strange new creature in their midst. Flitting out from their hiding places, the fairies congregated, hovering over the girl's sleeping body. They started excitedly talking amongst themselves.

"What do you think it is?" chirped Zuzu. She was a young fairy yet, only 76 years old, and not much learned in the ways of the world. She was the color of the middle-water, where the light still penetrated before the deeper parts. Not quite yellow, but not as green as some of the others.

"I don't know, but it's really smelly," said Ki, taking in a big whiff of the air. Ki was in the adolesence of her life at 210 years old. She was the color of the Monkey Brushes scattered around the forest, and shone with the paling of the sky at dawn and dusk.

"We should probably go ask Thula," said Passi, the eldest of these four fairies at 297, though only by a minute in the case of her twin Aya. The two of them were colored like the passion plants, and they were hard to find in their hiding games when they lay amongst these flowers.

"Yeah! Thula will know. We should bring her some of the water the creature dropped!" Aya said, agreeing with her sister. 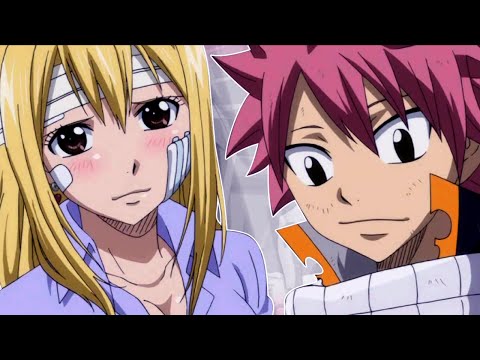